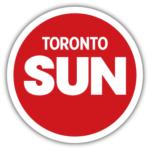 How the media mighty have fallen.

Way, way back, when this writer was a special assistant to opposition leader Jean Chretien, getting ready for the daily Question Period ritual was simple.

Chretien’s staff, and select Liberal MPs, would gather in the panelled boardroom in room 409-S in Centre Block on Parliament Hill. There, early every weekday morning, we would determine what questions to ask of the government of prime minister Brian Mulroney — and, very briefly, that of prime minister Kim Campbell.

As noted, it wasn’t hard. One of the staffers would read out what the lineup of stories had been on CBC’s The National the night before. Then we would eyeball the front page of the Toronto Star.

Presto! We’d have our lineup for Question Period, as determined by the CBC and the Star.

Like Mulroney, like Campbell, those days are no more. The CBC and the Toronto Star no longer have the political impact they once did.

The numbers tell the story, and it’s not a happy one (for them). At the Star, “revenue (has) continued to decline sharply year-over-year — especially in terms of sales of print advertising space to national accounts.” The source? None other than the Star itself.

Just this week, the once-mighty Star reported a whopping $17.4 million loss in the second quarter of 2019, as its revenues plummeted. That’s even after closing up operations in Hamilton, and slashing jobs.