The weekend brought a sudden and surprising end to the life of Bill Luxton, an Ottawa television pioneer from an era when hosts were smooth-talking men in suits and production was a live, unpredictable, often local affair.

Best-known as the first half of the Willy and Floyd comedy team, Luxton was found lifeless at the bottom of his backyard pool on Brierwood Avenue in Highland Park on Saturday evening. He was 92.

“Oh God, it was such a shocker,” said longtime friend Gord Atkinson, 92, once a fixture at CFRA. “We were such great buddies.

Luxton’s son, also named Bill, said the family had a birthday party that afternoon on Brierwood, after which his father decided to have a swim in the backyard — one of his first of the season.When he hadn’t returned in half an hour or so, his wife Toots (born Agnes) called her son and a niece to come and investigate. (She has mobility issues.) His robe and flip-flops were discovered poolside and, within a few moments, he was located at the bottom in his bathing trunks. He could not be revived. A heart attack or other dire physical crisis is suspected.

“He had been in excellent health,” said his son Bill, 65, though his father had overcome prostate cancer and had cardiac bypass surgery in 1998. He had an active retirement, doing his own yard work, golfing, acting, travelling, playing pool and singing regularly with the Grey Jazz Big Band.

“He was in vibrant health up until the day he died.”

Luxton had a long, varied career and worked with generations of television personalities and reporters, including one-time American anchor Peter Jennings and legendary impressionist Rich Little. He did a great deal of voice-over work, was active in local theatre and was deeply involved in the heyday of in-house production at CJOH. 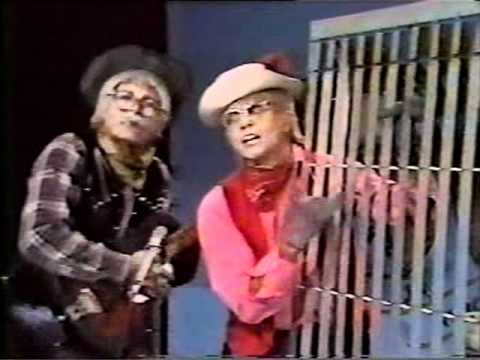 Not only did the Willy and Floyd show remain on air for 22 years, but Luxton also somehow had time to host the fondly-remembered Amazing Kreskin and a daily magazine show.