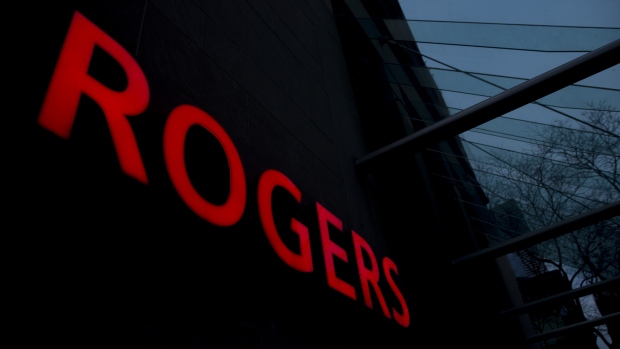 Rogers Communications Inc. signage is illuminated at night on a building in Toronto, Ontario, Canada, on Wednesday, May 17, 2017. , Brent Lewin/Bloomberg

TORONTO – Rogers Media is cutting an unspecified number of off-air jobs across its Sportsnet organization after letting go of star broadcaster Bob McCown last week after 30 years as host of the afternoon program “Prime Time Sports.”

A Sportsnet representative says the company isn’t saying publicly how many off-air people are affected by the broader changes or what types of work they do.

But an emailed statement says Sportsnet is repositioning for the future by changing how it delivers content to audiences.

The Sportsnet brand is used across several of Rogers Media platforms including radio, television and online.

Those platforms have faced rising competition for audience and advertisers as a result of new rivals and formats.

Rogers Media is a wholly owned subsidiary of Rogers Communications Inc., which generates most of its revenue and profit from its wireless, internet and cable TV services.