By KONRAD YAKABUSKI for The Globe & Mail 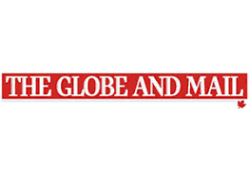 PUBLISHED JUNE 4, 2019
.
In a new low for our public broadcaster, the CBC is launching a Canadian version of Family Feud in a bid to boost its advertising revenues by further dumbing down its schedule.
.

Making a shameless play for ad dollars is part of president Catherine Tait’s goal of making the CBC less vulnerable to the whims of federal politicians, some of whom don’t believe Canada even needs a public broadcaster. But by adapting for Canadian eyes a low-brow game show that isn’t remotely relevant to the CBC’s mandate, Ms. Tait may only prove them right.

As Ms. Tait told advertising industry executives in Toronto last week, the CBC is making “a renewed commitment to growing commercial revenue” in order to become “masters of our own destiny.” She was even more explicit in a speech last month to a Montreal business audience, saying: “We want to keep our diversified funding revenue model because we don’t want to be vulnerable to shifts in the marketplace and government.”

There are several problems with Ms. Tait’s strategy, not the least of which is that it flies in the face of the CBC’s aspirational goal of going ad-free. It is now clear that Ms. Tait, who succeeded Hubert Lacroix last year, never believed in that goal, despite paying lip service to it.

Family Feud Canada is set to occupy the prime 7:30 p.m. time slot on four weekday evenings this fall. The public broadcaster says it plans to leverage the game show’s popularity to promote other CBC shows. But what is the likelihood that viewers who tune in to a silly game show – it’s not Jeopardy, after all – will stick around for The Nature of Things, The National or Marketplace, shows that embody the CBC’s mandate rather than making a mockery of it?