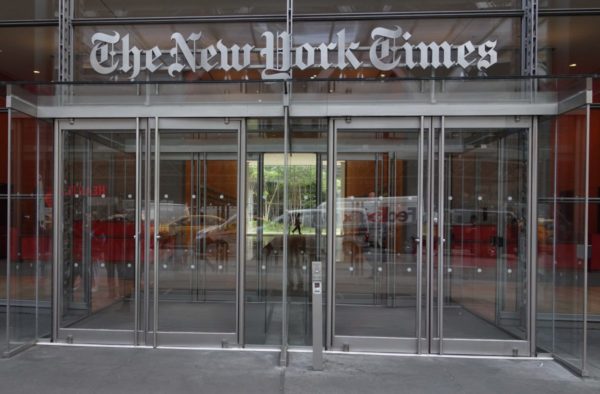 The New York Times is warning off editors and reporters from appearing on primetime MSNBC and CNN shows hosted by anchors like Rachel Maddow and Don Lemon for fear of appearing partisan, according to a new report.

Sources tell Vanity Fair’s Joe Pompeo that managers at the newspaper have been steering journalists away from appearing on certain cable news programs with a renewed vigor.

Alongside Maddow and Lemon, Lawrence O’Donnell’s show on MSNBC is also apparently a no-go, as are Sean Hannity and Tucker Carlson’s programs — though Times reporters were typically never seen on those shows anyway.

Reached for comment by Vanity Fair, a Times spokeswoman pointed to the section of the newspaper’s “Ethical Journalism” handbook that covers broadcast media appearances:

“In deciding whether to make a radio, television or Internet appearance, a staff member should consider its probable tone and content to make sure they are consistent with Times standards. Staff members should avoid strident, theatrical forums that emphasize punditry and reckless opinion-mongering.”

In contrast, a spokesperson for The Washington Post told Pompeo that “We view all broadcast programs as opportunities to expose our journalism to different audiences.”

The reinforced guidelines could also reinforce something of a class separation at the Times, as a number of high-profile political reporters (like Maggie Haberman and Patrick Healy) have contracted positions as analysts on cable news, with a much more frequent presence on screen.
.