A Celebration of Life for the late broadcaster/engineer Ed Jurak 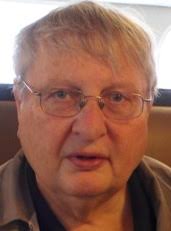 has been set for June 1st from 1-4 p.m. at Strathcona Church, 431 Princess Ave. (Pender & Princess). Jurak passed away January 26 at age 75.  His career included stops at CKLG, CHTK Prince Rupert, CKO-FM, CKST Langley, and working as engineer for the CHUM Radio group from 2002-2004.

a tribute for the late sportswriter/broadcaster Jason Botchford has been set for the Commodore Ballroom on June 20th, with an admission cost of $29.75, including a service charge from Ticketmaster. He passed suddenly last month of apparent heart failure at age 48. The event will be hosted by Mike Halford and Jason Brough of TSN 1040, and will celebrate Botchford with a Canucks panel, audience Q&As, music and comedy. Additional performers are expected to be announced.

The Canucks’ organization has also donated some items that will be auctioned off at the event, with 100 per cent of the proceeds and ticket sales going to the Botchford Family Fund.

The fund — which was launched to support Botchford’s wife Kathryn and children Sienna, Keira and Hudson — has raised $104,142 this month.