Ask Canadians whether fake news has fooled them and millennials are most likely to confess they’ve been taken in by a false story or an alternative fact.

That’s clear from a survey conducted by Ipsos for the Radio Television Digital News Association (RTDNA). 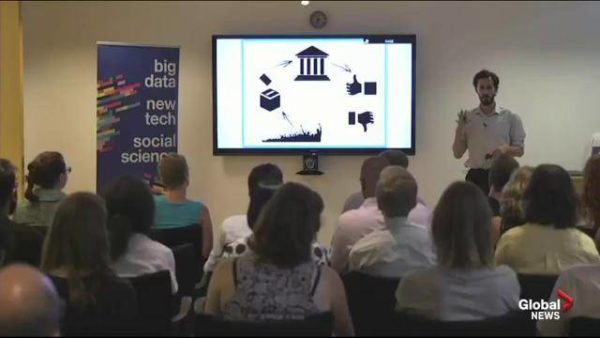 The survey showed that seven in 10 Canadians (72 per cent) trust traditional news media and that the trust has grown by seven points, year over year.

But fake news is still fooling people, as people aged 18 to 34 years old will most readily admit — and confidence in media that aren’t trusted as widely grows as you skew younger, according to Ipsos.

More than six in 10 millennial respondents (65 per cent) admitted to falling victim to fake news, which was lower than the number for Generation Xers (59 per cent) and Baby Boomers (50 per cent). 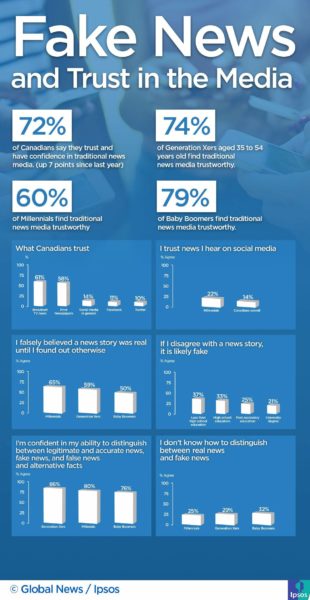 Despite this, millennials were also most confident in their abilities to distinguish between fake news and real.