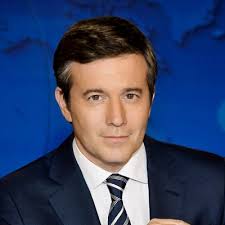 Anchor Jeff Glor is out as the anchor of CBS’ “Evening News” after a massive shakeup at the network’s struggling news division announced on Monday morning.

Norah O’Donnell will replace Glor as anchor of “CBS Evening News,” while Anthony Mason and Tony Dokoupil will join Gayle King as co-hosts of “CBS This Morning.” John Dickerson has been removed from the morning show and will report for “60 Minutes” and help anchor political coverage, while a role for Glor is currently uncertain.

“This is a start of a new era for CBS News,” CBS News president Susan Zirinsky said in a statement. “Our job is to reveal America to itself through original reporting, strong investigative journalism and powerful political coverage.”

O’Donnell was also named Managing Editor of the evening newscast and will relocate to Washington, D.C. this fall. She will be the network’s lead anchor for political coverage.

“Norah is one of the leading journalists of our time. Her outstanding reporting, incisive interviews and dedication to the truth will distinguish the CBS EVENING NEWS every night,” Zirinsky said.

Changes at CBS News have been rumored since Zirinsky replaced David Rhodes earlier this year. Glor is the loser of the shakeup, as the now-former “Evening News” anchor is left without a permanent gig.

“We are grateful to Jeff Glor for his award-winning work and his commitment to both his colleagues and to our viewers. As we transition the ‘Evening News’ to Washington, we are discussing opportunities for Jeff to remain with CBS News and continue providing the same substantive, trusted reporting that he has been offering for the past 12 years,” Zirinsky said.