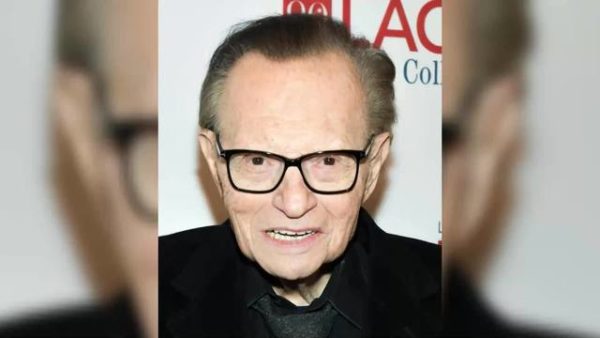 Legendary TV host Larry King has revealed his battle with lung cancer, and opened up about the diagnosis to “Extra’s” Mario Lopez. USA TODAY

Larry King is recovering in a hospital after undergoing a heart procedure on Thursday, according to Ora TV, the network behind “Larry King Now.”

King, 85, was set to have a scheduled angioplasty Thursday when he began experiencing “angina and went to the hospital early to be examined.”

According to the Mayo Clinic, angina is chest pain that is caused by a reduced blood flow to the heart.

The veteran TV and radio host survived a heart attack in 1987 and underwent quintuple bypass surgery, which prompted him to quit a lifelong three-pack-a-day cigarette habit and lose weight.

“His doctor successfully performed the angioplasty and inserted stents to reopen the previous bypass from 1987,” Ora TV said in the statement.

“He has been recuperating in the hospital and is scheduled to be released soon. His doctors expect him to make a full recovery.”

King has had previous health issues, including prostate cancer, and he lives with Type 2 diabetes.

King revealed in September 2017 that he battled with lung cancer, saying doctors noticed a Stage 1 tumor during his annual chest X-ray. He underwent surgery at Cedars-Sinai in Los Angeles to remove what turned out to be a malignant tumor.
.
READ MORE  HERE  AT THE USA TODAY WEBSITE