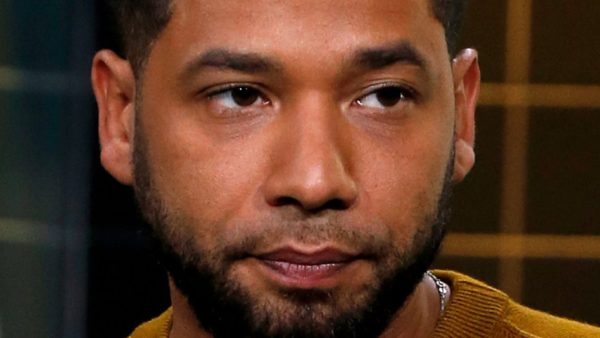 The ‘Empire’ actor has been accused of faking a hate crime.

A request for more information from the Cook County State’s Attorney’s Office was not immediately returned, but the indictment reads, in part, “Jussie Smollett knew that at the time … there was no reasonable ground for believing that such offenses had been committed,” according to section cited by CBS Chicago News.

A request for comment from Smollett’s attorneys was not immediately returned.

The actor was charged last month with felony disorderly conduct and released on $100,000 bail.

The actor reported in late January that he had been viciously attacked by two men who yelled pro-Donald Trump remarks mixed with racist and homophobic language.

Chicago detectives later determined that the Empire actor allegedly set up the highly publicized attack to further his career.

Smollett was subsequently arrested and charged with a felony in the case.

Smollett and his attorneys maintain the actor hasn’t anything to do with the assault other than being the victim of a hate crime.

According to police, two brothers helped Smollett orchestrate the faux assault and are now working with detectives to build the department’s case against the actor.