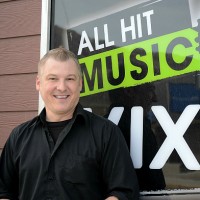 Vista Radio has appointed Kent Schumaker as Regional Content Manager of its five Vancouver Island stations, working out of the head office in Courtenay.  He takes over his new responsibilities as of March 4th.

Since 2010 Kent has served as PD and Brand Director at Peace River Broadcasting’s YL Country and KIX-FM.