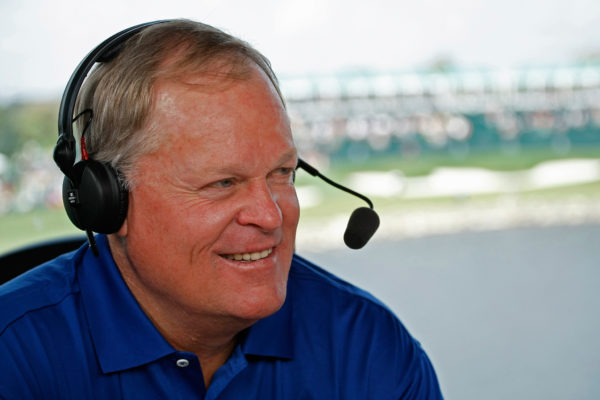 SCOTTSDALE, Ariz. – Normally, Johnny Miller would fly into town on Friday of tournament week. While players jockeyed for position, NBC’s lead analyst would zip around the course in a cart, check in with coaches and caddies on the range, and pore over notes in the TV trailer in preparation for the weekend telecast.

So, no, this was not a typical Friday, from his long list of commitments to his teary interviews to even his choice of headwear.

“I get to wear a hat!” he said gleefully, adjusting his crisp, white Golf Channel lid as he took his customary seat in the 18th-hole tower. “It only took 29 years.”

Anything goes now for Miller, whose long and illustrious broadcasting career will come to an end Saturday at the Waste Management Phoenix Open. He will step aside after the third round at TPC Scottsdale, ceding the Sunday spotlight to the tournament leaders and his successor, Paul Azinger.

“I’m a big believer that there’s a time and a season in everybody’s life for different things,” Miller said, and so this is the time for him to embark on something different. After 50 years on the road as a player and broadcaster, he’s ready to come home and focus, fully, on his six children and 24 grandkids.