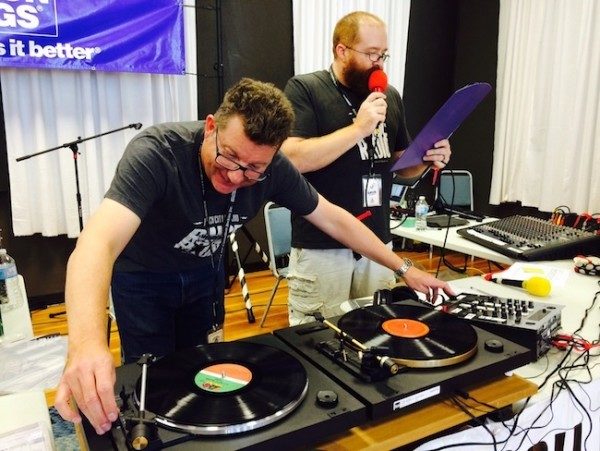 After nearly a decade of hard work, Peach City Radio is ready to hit the FM dial in Penticton.

Earlier this month CFUZ received a broadcast certificate from Canadian Radio-Television and Telecommunications Commission (CRTC). The test phase took place over a period of four weeks in December and January and during that time many Penticton residents discovered the 92.9 FM signal which was broadcasting a wide array of new music created by Canadian artists.

What began with a group of interested residents attending an information meeting at the Penticton Art Gallery resulted in incorporating as the Peach City Community Radio Society in early 2010. Along the way, the non-profit society raised funds for broadcast equipment and a studio, transmitted temporary broadcasts, and hosted numerous events such as concerts, volunteer training sessions, public talks and a live radio play.

The station makes its home in the Cannery Trade Centre and the tower and antenna are visible atop the eastern end of the building. Volunteers have been operating a 24/7 online stream of radio content since 2014 and this will continue in tandem with the FM signal.