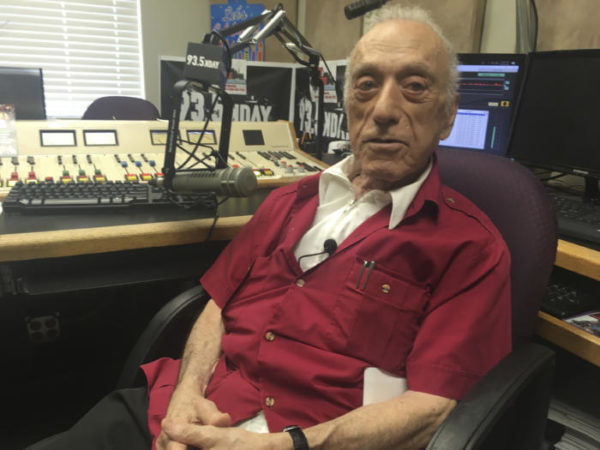 “And now it’s time for you to call up for those good-night dedications,” Laboe announces.

“Hello?” a young girl says. “I want to dedicate this to my dad that’s in Lancaster (prison) and I miss tonight … I just want to say, Dad, I love you no matter where you go …” She dissolves into tears.

The 93-year-old DJ based in Palm Springs, Calif., credits one group of listeners for keeping him on the air after 75 years: family members who want to send messages to loved ones in prison.

Every Sunday on his syndicated show “The Art Laboe Connection Show,” his baritone calls on family members to speak directly to inmates in California, Arizona or Nevada. Sometimes, Laboe reads parts of letters written by inmates.

It’s a role Laboe says he feels honored to play.

“I don’t judge,” Laboe said in an interview with The Associated Press at his Palm Springs studio. “I like people.”

He often tells a story about a woman who came by the studio so her toddler could tell her father, who was serving time for a violent crime, “Daddy, I love you.”

“It was the first time he had heard his baby’s voice,” Laboe said. “And this tough, hard-nosed guy burst into tears.”