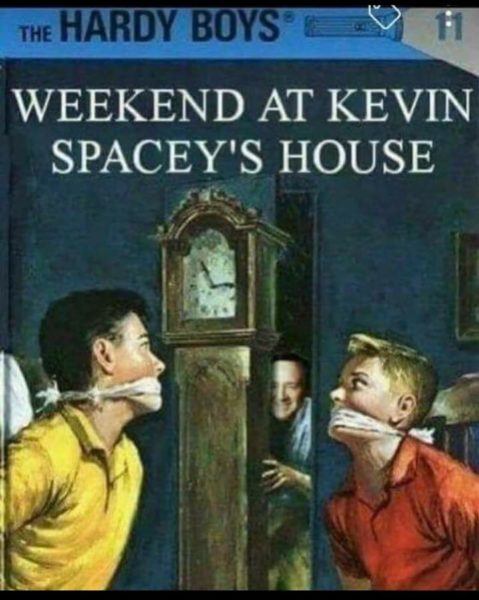 The actor — who posted a bizarre ‘House of Cards’-style video address on Monday — will be arraigned in Massachusetts on Jan. 7.

A public show-cause hearing was held for the case on Dec. 20 where Clerk Magistrate Ryan Kearney issued a criminal complaint for the charge “against Kevin S. Fowler, also known as Kevin Spacey,” THR confirmed.

The actor will be arraigned on a charge of indecent assault and battery at Nantucket District Court on Jan. 7, 2019.

The alleged assault on a male victim took place at a Nantucket bar in July 2016.

Last year, former Boston TV news anchor Heather Unruh held a press conference to share her son’s allegation of sexual assault against Spacey. Her then 18-year-old son she said was sexually assaulted by Spacey inside the Club Car Restaurant on Nantucket. Unruh says her son, who was not of legal drinking age, told Spacey he was and that the actor “bought him drink after drink after drink.”

“My son was a starstruck, straight 18-year-old young man who had no idea that the famous actor was an alleged sexual predator or that he was about to become his next victim,” she said at the time. “When my son was drunk, Spacey made his move and sexually assaulted him.”

Mitchell Garabedian, the attorney for the alleged victim, said in a statement on Monday, “The complainant has shown a tremendous amount of courage in coming forward. Let the facts be presented, the relevant law applied and a just and fair verdict rendered.”

As news of his arraignment broke on Monday, a video was shared from Spacey’s official Twitter account of the actor seemingly addressing real-life events while in character as his Frank Underwood from House of Cards. The video is titled, “Let Me Be Frank.”

Wearing a Christmas apron, Spacey assumes the accent and signature fourth wall-breaking style of his on-screen alter ego to speak to viewers in the video, similar to how he did for five seasons on the Netflix political drama. House of Cards wrote Spacey out of its sixth and final season after allegations against him mounted — killing him off screen and revealing the details of his disgraceful departure in the finale. Netflix also buried his character with an actual gravesite in Frank’s hometown in South Carolina.

In the bizarre video, the actor addresses his House of Cards fate while also saying that he knows his fans want him back.