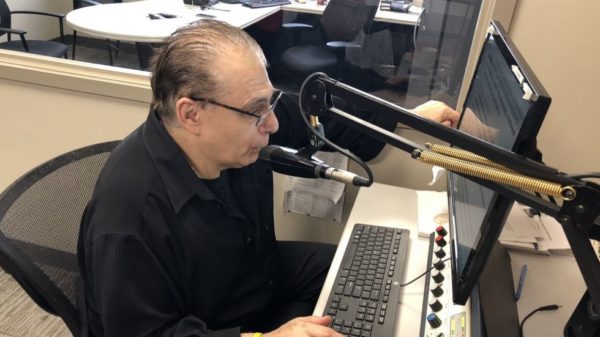 KAMLOOPS — The BC media landscape has lost one of its signature voices.

Radio NL confirmed reporter Angelo Iacobucci passed away this morning. He was 60.

Iacobucci covered Kamloops city hall for decades and was well-known for having nearly unparalleled connections in the BC legislature.

CFJC Today spoke to former Kamloops Mayor and MLA Terry Lake about the loss of Iacobucci.

“I’m still trying to process it, to be honest, and still a bit in shock myself,” said Lake, his voice wavering. “I’ve known Angelo for 20 years and consider him a friend as well as a dogged reporter who always held me to account, whether it was as city councillor, mayor or MLA.”

Iacobucci was known for his loud baritone voice and his persistent, direct questioning style.

Lake says his quirks came together to form a one-of-a-kind character.

“Angelo was larger than life. When he walked in a room, you knew it. He was very to the point. He didn’t waste time. He didn’t suffer fools. He got the stuff he needed and would use it and reuse it. Often for weeks on end, you’d hear yourself in interviews you’d forgotten that you’d given because he used every bit of it,” said Lake.

“He was just a character – but someone who treated you fairly. As a politican, he was fair in his reporting but certainly held people to account. We’re all going to miss him terribly. My heart’s with his wife and the rest of the people in Kamloops who knew him. It’s going to be a big loss.

Editor’s Note: CFJC News wishes to extend our condolences to Angelo’s family and our friends at Radio NL.

HIS STORIES, FILED TO BROADCAST NEWS/CANADIAN PRESS WERE HEARD ON STATIONS PROVINCE-WIDE.