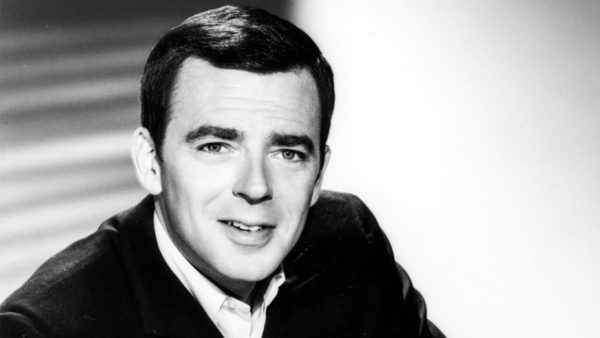 Ken Berry, the rubber-legged actor who delighted TV viewers as the blundering Capt. Wilton Parmenter on F Troop and as the accident-prone Vinton Harper on Mama’s Family, has died. He was 85.

The amiable Berry also was known for starring as town councilor Sam Jones on Mayberry R.F.D., the spinoff of The Andy Griffith Show that was created by CBS after Griffith exited the series — then the No. 1 show in the ratings — after its eighth and final season.

Berry came to fame for portraying the greenhorn Captain Parmenter on ABC’s F Troop, which aired for only two seasons (65 episodes from September 1965 through April 1967) but lived on in syndication for decades.

A private, Parmenter was promoted to take command of Fort Courage in Kansas after his sneeze (which sounded like “Charge!”) propelled Union troops to an inspirational victory over the Confederates.

Berry’s goofball antics, which he dispensed with the dexterity of a trained dancer, supplied many of the show’s highlights. In a 2012 interview with the Archive of American Television, he said he came up with many of the pratfalls himself.

“It was something that I could bring to the show,” he said. “I would choreograph stuff. I would find things in the set or outside that I could use. [It got so that the F Troop scripts would say,] ‘Business to be worked out with Ken on the set.’ ”

Berry’s legions of fans included the great silent film star Buster Keaton, a master of physical comedy. “He once called me after the show had been on the night before and said, ‘That was a good gag you did last night,’ ” he recalled. “Wow, that was high praise!”

After F Troop was canceled, Berry was introduced as the widowed farmer Sam in the final four episodes of The Andy Griffith Show, and other actors making the transition to Mayberry R.F.D. for the 1968-69 season included George Lindsey (Goober), Jack Dodson (Howard Sprague), Paul Hartman (Emmett) and Frances Bavier (Aunt Bee).