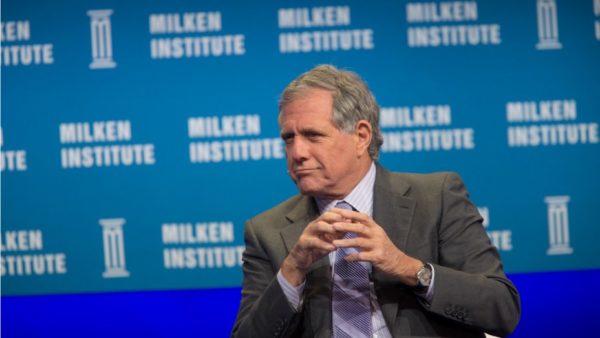 A New York Times story on Wednesday suggests that Moonves and agent Marv Dauer had sought to keep quiet a woman Moonves feared could cause his downfall.

A devastating new exposé about Leslie Moonves that includes reprinted text messages exchanged by the disgraced mogul and a talent agent allegedly helping him hide an incident of sexual misconduct is putting pressure on CBS to finish an investigation into its former CEO to determine whether it should pay him $120 million it has earmarked for him.

The story from The New York Times on Wednesday suggests that Moonves and Marv Dauer, an agent attempting to reclaim his former glory, had sought to keep quiet a woman Moonves feared could cause his downfall in the #MeToo era: an actress named Bobbie Phillips.

According to the Times, Dauer introduced his client to Moonves in 1993 when the latter was president of Warner Bros. TV and fresh off successful launches of the hit shows Friends and E.R.

Phillips told the Times that she met with Moonves at the Warner Bros. lot in Burbank, where he told her he could get her a role on E.R. As she gazed at an easel displaying various shows the studio was working on, she was momentarily distracted, and that’s when Moonves allegedly shocked her with a brazen move that caused her to fear auditions for decades.

“Look how hard you make me,” Moonves said as she turned back to face him, Phillips told the newspaper.

“She saw that he had undone his trousers, exposing his erect penis,” according to the Times. “’Be my girlfriend and I’ll put you on any show,’ he said, in Ms. Phillips’s recollection — and then grabbed her by the neck, pushed her to her knees and forced his penis into her mouth,” wrote Times reporters James B. Stewart, Rachel Abrams and Ellen Gabler in the investigation.

“If Bobbie talks, I’m finished,” Moonves allegedly told Dauer years later, when reporters were investigating various claims made by other women who accused Moonves of sexually harassing them.