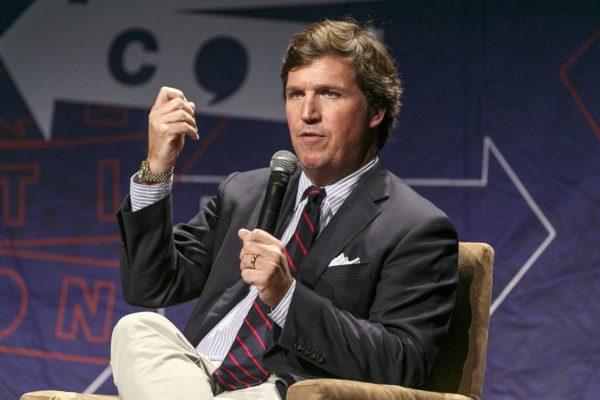 ‘They were threatening me and my family’:

There was some sort of commotion happening outside his home in Northwest D.C.

“I called my wife,” Carlson told The Washington Post in a phone interview. “She had been in the kitchen alone getting ready to go to dinner and she heard pounding on the front door and screaming. … Someone started throwing himself against the front door and actually cracked the front door.”

His wife, thinking it was a home invasion, locked herself in the pantry and called 911, Carlson said. The couple have four children, but none were home at the time.

But it wasn’t a home invasion. It was a protest.

According to now-deleted social media posts shared by Smash Racism D.C., a local anti-fascist organization whose members have been tied to other demonstrations against prominent Republican figures, activists showed up outside Carlson’s home Wednesday and they had a message for him.

“Tucker Carlson, we are outside your home,” one person could be heard saying in the since-deleted video. The person, using a bullhorn, accused Carlson of “promoting hate” and “an ideology that has led to thousands of people dying.”