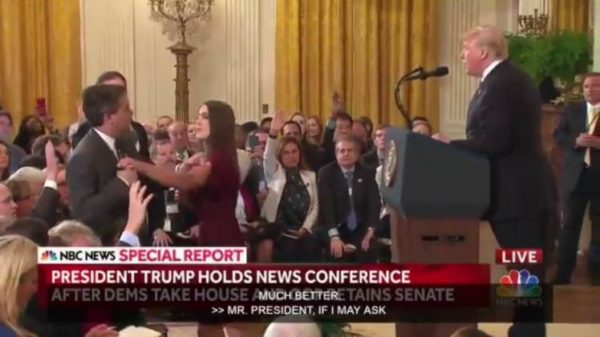 “President Trump believes in a free press and expects and welcomes tough questions of him and his Administration. We will, however, never tolerate a reporter placing his hands on a young woman just trying to do her job as a White House intern.

“As a result of today’s incident, the White House is suspending the hard pass of the reporter involved until further notice.”