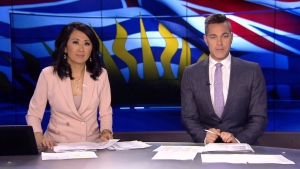 They did it right on Election Night!   A number of stations heavily promo’ed their coverage of Saturday’s municipal election, but only CTV Vancouver delivered.

Whenever I checked BC1 or Global they were offering results I’d already seen on CTV.  The banner along the bottom of the screen was breaking results in a timely manner .. and they had reporters checking in frequently from the various Metro Vancouver headquarters with timely reaction to the available numbers.

As a Saanich/Victoria resident I was delighted to get first word of the ouster of our incumbent mayor from CTV Vancouver.  They did a full screen visual on the election of Fred Haynes, which was as much as could be hoped for from a Lower Mainland-serving station.  It was nearly 10 minutes later when local Victoria outlets (CHEK, C-FAX) caught up.

While this is far from a scientific survey, PSR sends best wishes to the BC broadcast outlet we feel best delivered on Municipal Election night .. CTV Vancouver.