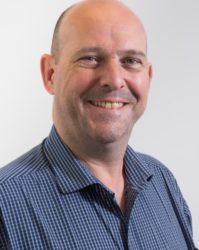 Global/CKNW talk show host Drex advises that as of Thursday evening former News 1130 CKWX Vancouver anchor John Copsey (pictured), who has been off the air since January, has returned as National Network News Anchor, broadcasting from the Global BC/CKNW studios.

John will be delivering newscasts during Charles Adler Tonight and The Shift with Drex evenings and overnights across Canada on the Global News radio network.