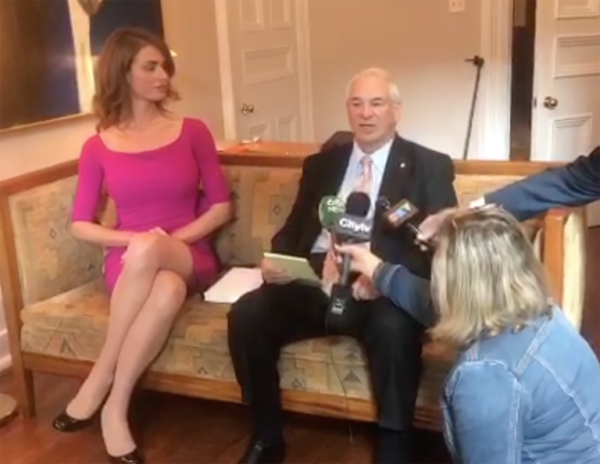 The ads were set to run on Bell-owned news channel CP24 during the last month of the election cycle until Goldy received a telephone call in late September from a Bell Media representative informing her the ads would not air and her cheque for more than $13,000 would be returned.

CRTC rules state “If a broadcaster sells advertising time to one candidate or party, other candidates and parties must also be given the opportunity to buy commercial airtime from that same broadcaster.”

If successful, the lawsuit could compel Bell Media to run Goldy’s ads. The controversial conservative commentator appeared at a morning press conference, alongside Ruby, who indicated they’re now awaiting an expedited court date, which could come as early as Thursday.