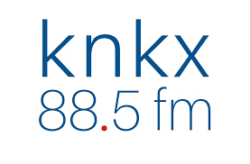 It’s the public radio station that Seattle almost snapped up

The Pierce County public radio station that was nearly bought by a Seattle rival in 2015 is moving its studios from the Pacific Lutheran University campus to downtown Tacoma in 2019.

PLU announced in November 2015 it was selling the station to KUOW which broadcasts near the University of Washington campus. KNKX with its 12 signals — transmitters and auxiliary translators all over western Washington — made it an attractive asset for KUOW which has a much smaller broadcast range.

KPLU listeners and jazz fans from around the world (the station streams on the internet) were outraged at the deal made without public or the station staff’s knowledge.
.

A community group quickly formed to buy the station’s license and save the station from moving to Seattle. PLU gave them six months to raise $7 million — the amount KUOW was offering.

Fans and listeners rallied and raised the $7 million in 137 days, plus another $1 million shortly thereafter. As part of the new deal, KPLU had to change its name and move off the PLU campus by June 2019.

KNKX’s new studios will be built inside the C.N. Gardner Building at 930 Broadway, located next to the Pythian Temple and across the street from Theater on the Square.

KNKX also has Seattle studios and plans to increase its presence there.