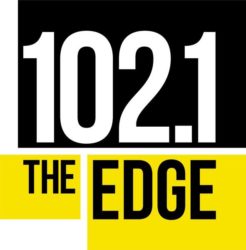 TORONTO, September 19, 2018 – Toronto’s alternative station, 102.1 the Edge (CFNY-FM) have named Ruby Carr and Alex Carr as the new hosts of the station’s morning show, debuting January 2019. A dynamic sister and brother duo, Ruby and Alex will become the first pair of siblings to permanently co-host an FM radio morning show in Canada.

Working on-air together for the first time, the Carrs bring strong radio credentials, vibrant personalities and their unique chemistry to the iconic Edge brand.

Born in Toronto, Ruby has been the lead host of the morning show at Z95.3 in Vancouver for the past four years. Winner of the prestigious Allan Waters Young Broadcaster of the Year Award at Canadian Music Week 2018, Ruby has cross-country experience, having also held multiple on-air roles at stations in the Halifax area.

Alex comes to the Edge from his prior role as midday host at fellow Corus-owned alternative rock station CFOX in Vancouver. Versatile with a background in stand-up comedy, he received his first full-time radio opportunity working evenings at alternative station X92.9 in Calgary.

Ruby and Alex will officially make their debut weekday mornings on the Edge beginning January 2019. Further details regarding the show will be released at a later date. 102.1 the Edge is Toronto’s alternative station.

102.1 the Edge is a Corus Entertainment Network.