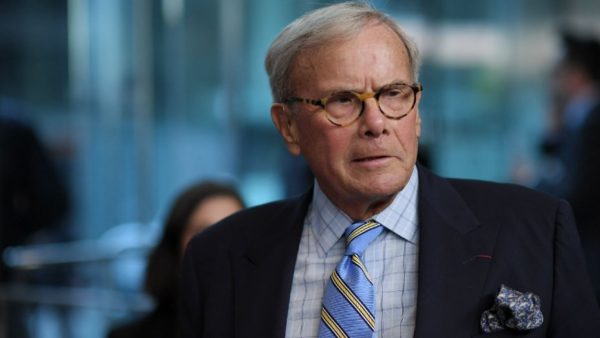 Former NBC correspondent Linda Vester and an anonymous source claim that the NBC News special correspondent made unwanted advances and acted inappropriately to them in the 1990s.

Former NBC correspondent Linda Vester and an anonymous source who claims to have been a production assistant allege that the NBC News special correspondent made unwanted advances and acted inappropriately to them in the 1990s, when Brokaw was an NBC Nightly News anchor, in the story, published Thursday.

Brokaw contributed to the network’s coverage as recently as April 21, during Barbara Bush’s funeral, and was also part of NBC News’ coverage team for the State of the Union address this year. He has been one of the marquee names for NBC News for decades, working for the network in numerous roles since 1966 and anchoring its news programming.

The news comes months after the ouster of former Today Show co-anchor Matt Lauer, who faced his own allegations of misconduct and was fired in November. He was replaced on the Today Showby Hoda Kotb, who now co-anchors with Savannah Guthrie.

Vester, who said that she was speaking out because NBC News had not hired an outside counsel to investigate allegations of sexual misconduct, alleged that once the then-married Brokaw invited himself over to her hotel and said he wanted to initiated an “affair of more than passing affection.” She says he attempted to forcibly kiss her against her wishes and made unwanted advances once more a year later.

The anonymous source alleged that, when she was a 24-year-old production assistant, the journalist once pulled her into a small enclave in the NBC office, pressed her hands against his chest and asked her to come to his office after his show that night.

In a statement to the Post, Brokaw acknowledged that he had met Vester on two occasions but denied any misconduct, calling the meetings “brief, cordial and appropriate.” Brokaw did not recall any incident with a production assistant.