VANCOUVER, B.C. NOVEMBER 20, 2017 (ROUNDHOUSE RADIO 98.3) Roundhouse Radio, in partnership with Urban Fare will be kicking off their “Stuff-The-Truck” Campaign benefiting the Greater Vancouver Foodbank Society this upcoming weekend.  Entering into the third year in partnership with Urban Fare, Roundhouse Radio will once again be collecting non-perishable food items and cash donations at various Urban Fare locations around Downtown Vancouver. In the previous two years, this campaign has seen five thousand pounds of food and a collective thirty thousand dollars in buying power donated to the Greater Vancouver Food Bank Society.

Beginning Saturday, November 25, 2017, Urban Fare will have Food Bank collection boxes in stores and $20 Grab-n-Go Donation Bags.  The Roundhouse Radio Street Team will be on location each weekend from 10am-5pm stuffing their loveable delivery truck “The Beast” to help feed those less fortunate this holiday season. Donate as part of the campaign and you could win a $500.00 Urban Fare Gift Certificate!

Drop off your donations at an Urban Fare location any time from November 25-December 17, 2017 or at Roundhouse Radio (714 Alexander Street in Railtown) and many thanks! 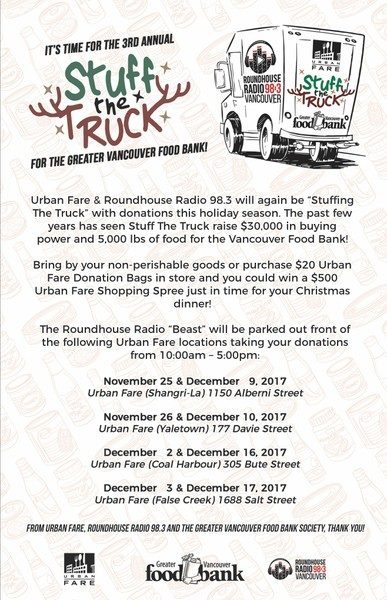 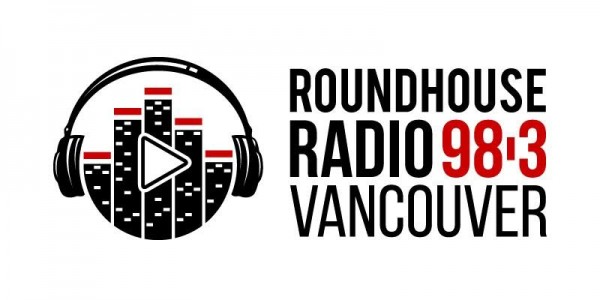