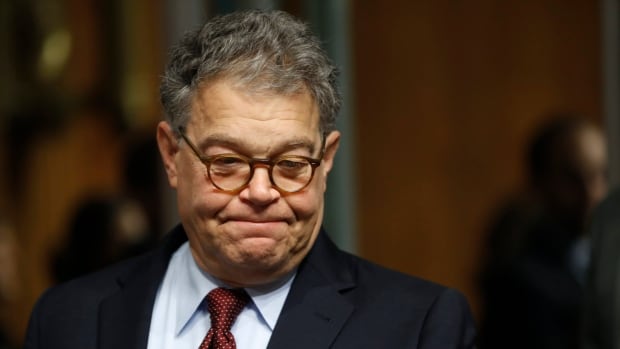 Lindsay Menz tells CNN that Franken placed his hand on her buttocks as they posed for a photo at the Minnesota State Fair in 2010, two years into Franken’s first term.

The 33-year-old Menz told CNN that the interaction made her feel “gross.” She says she immediately told her husband that Franken had “grabbed” her buttocks.

Franken told CNN he didn’t remember taking the photo with Menz, but that he feels badly that she felt disrespected.

Los Angeles broadcaster Leeann Tweeden accused Franken last week of forcibly kissing her during a USO tour in 2006, before he was elected to the U.S. Senate.

Tweeden said last week that the Democratic senator reached out to personally apologize to her and that she wasn’t demanding Franken lose his job.

“Yes, people make mistakes and, of course, he knew he made a mistake,” she said.

READ MORE OF THIS STORY  HERE  AT THE CBC NEWS WEBSITE