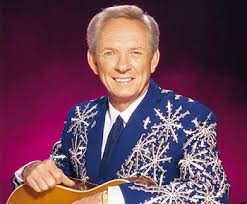 Country music singer Mel Tillis, whose six-decade career included hits such as “I Ain’t Never” and “Coca Cola Cowboy” and who never let his stutter get in the way of him becoming a legend, died on Sunday, his publicist confirmed. He was 85.

Tillis passed away at Munroe Regional Medical Center in Ocala, Fla., his publicist Don Murry Grubbs said. The music legend is believed to have died from respiratory failure after he never recovered from intestinal issues he has been battling since 2016. He leaves behind his longtime partner, Kathy DeMonaco, his six children and six grandchildren.

Tillis also appeared in television shows such as “Hee Haw” and “Hollywood Squares,” as well as movies, including “Smokey and the Bandit 2.” He also did commercial work for Wataburger, according to the Tennessean.
.

Mel Tillis is pictured with his National Medal of Arts after being presented with the award by U.S. President Barack Obama during a ceremony in the East Room of the White House in Washington.  (Reuters)

He was inducted into the Country Music Hall of Fame, the Tennessean reported. His daughter, Pam Tillis, who is also a country music singer, inducted him into the Grand Ole Opry in 2007. Her rep released a statement on her official Facebook fanpage saying the death “was sudden and unexpected.”