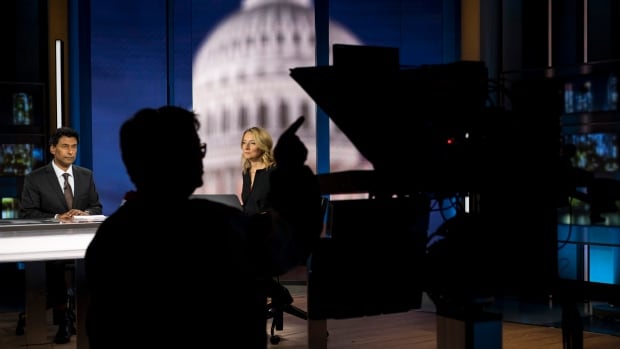 The new National and other nightly newscasts face significant challenges — keeping and broadening their audience, particularly among younger news consumers, as people increasingly turn to new digital platforms to get their information (Evan Mitsui/CBC News)

Mark Gollom
is a Toronto-based reporter with CBC News. He covers a wide range of topics, including Canadian and U.S. politics.

​When the new version of The National premieres on Monday, Canadians will see a retooled program that has changed in two significant ways — the show will feature a team of anchors presenting fewer, but longer, stories that have been beefed up with more in-depth analysis.

The changes signify a challenge CBC’s flagship TV newscast and other nightly news broadcasters face — keeping and broadening their audience, particularly among younger news consumers, as they increasingly turn to new digital platforms to get their information.

“It is extremely difficult to win over new viewers within an existing platform, let alone an existing program,” said Tom Rosenstiel, executive director of the Virginia-based American Press Institute.

“It is just not entirely clear whether a TV show, an evening TV show or broadcast is going to win over younger audiences, period.

“I honestly don’t know if there will ever be a central gathering place for news anymore.”

“You also have the risk that it will bomb, it won’t work, you’ll somehow lose the authority that you once had because whatever you dreamed up was missing something.”

And according to Alfred Hermida, director of the University of British Columbia’s Graduate School of Journalism, CBC may not have done enough soul searching,

The network failed, he said, to ask the important question of whether Canadians still need a television news show at a particular time in the evening. 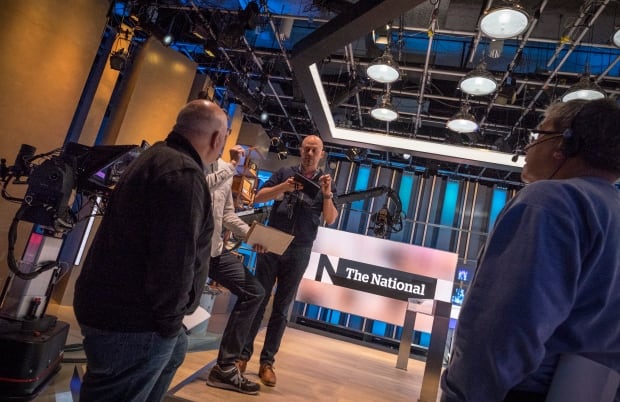 Viewers will see an updated set, complete with more screens, more visuals and an up-tempo theme when The National relaunches on Monday. (Evan Mitusi/CBC News)

The National is a “very well-established product and brand that young people are not watching,” he said. “How do we get them to do it?”

But network executives believe The National is still relevant, that it continues to have a loyal television audience and can grow.

Which is why, they say, with the relaunch, it will become more like a brand — with National-branded stories published and airing throughout the day, on News Network and online. The show plans to beef up its digital presence with more online written content, podcasts and the introduction of a daily digital newsletter written by Jonathon Gatehouse, a former senior correspondent for Maclean’s magazine.

If, for example, the newsletter is “your only touch point with The National, that’s OK,” said Michael Gruzuk, CBC News’s senior director of content experience.