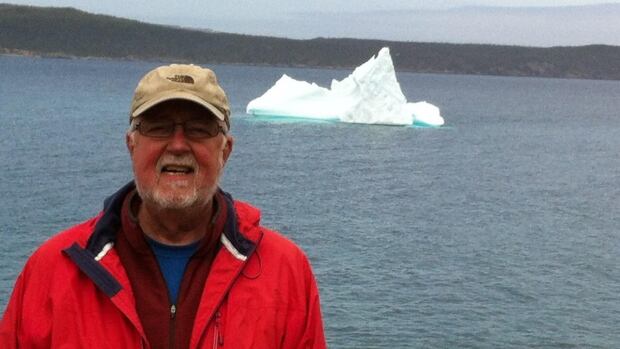 John Calver returned to Newfoundland after retiring from a long career in journalism. (McCarthy’s Party)

A former CBC radio reporter who covered major stories in the 1980s and ’90s and went on to manage a newsroom in western Canada has died of cancer.

John Calver died in St. John’s on Monday night. He was 72.

Calver started his career in journalism in the 1960s, with CBC St. John’s, then moving to Calgary and Regina.

He worked with CBC Newfoundland and Labrador as a national reporter in the 1980s, covering stories such as the Feb. 15, 1982, sinking of the Ocean Ranger drilling rig and the subsequent judicial inquiry.

“I knew as soon as I got in [around 4 a.m.] that the Ocean Ranger was gone,” he told CBC Radio’s CrossTalk in a 2012 show looking back at the tragedy 30 years later.

“We knew that the families received no information at all at that hour of the morning,” he said, recalling the dilemma facing journalists at the time.

Interviewing one of the widows a couple of days later, he said, led to an unforgettable moment that still made him well up, decades later.

“In the midst of the conversation, the doorbell rang … she managed to blurt out that the postman had just brought a Valentine’s card from her husband, and at that point, we both lost it. Again, 30 years later, the emotions are the same.”

Calver also covered the 1982 provincial election that saw Brian Peckford elected premier, the signing of the Atlantic Accord agreement with Ottawa in 1985, and the cod moratorium of 1992.

He moved back to western Canada to take a job as executive producer of CBC Saskatchewan and, after retiring, taught at the University of Regina’s school of journalism, and — on his return to St. John’s — worked as a tour guide with McCarthy’s Party.

A memorial service is being planned for Friday.