The Allan Waters Young Broadcaster Award, (a tribute to Steve Young) will be announced this week. It goes to a Canadian broadcaster under the age of 30 for their creative contributions on radio and in the community. Past winners include Fearless Fred, Amanda Logan, Rena Jae, Adam Wylde and others. It made me wonder how much younger broadcasters know about Steve and his contributions to radio in North America. So I called up JJ Johnston, someone who knew him very well, and had him paint a picture of the kind of radio Steve created, the impact on the people he mentored, and the kind of person he was. As JJ put it on this podcast, Steve was simply the best radio programmer to ever come out of Canada.

As JJ put it on this podcast, Steve was simply the best radio programmer to ever come out of Canada. He mentored many, including many on air performers as well as future programmers. JJ also put me in touch with Vanessa Thomas from Boom 97.3 and the Canadian Songwriters Hall of Fame who worked under Steve’s tutelage.

“Matt Cundill works with radio groups on digital strategies and talent coaching. He recently started the Sound Off Podcast: The Podcast about Broadcast” 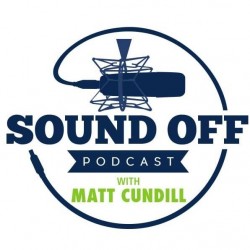