Prosak will soon join the team at Wild 95.3 (Calgary’s New Country) with co-host Jonathan Best, who arrives from Newcap in Edmonton.

Besides co-hosting with Beau since August 2014, Prosak had also taken on the role as program director during her time with the Bell Media station.

Rumblings of the move were circulating in late November, and were confirmed on-air Tuesday morning. 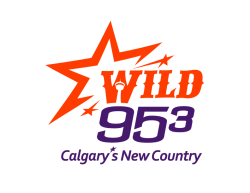 Related story from November regarding the changes HERE