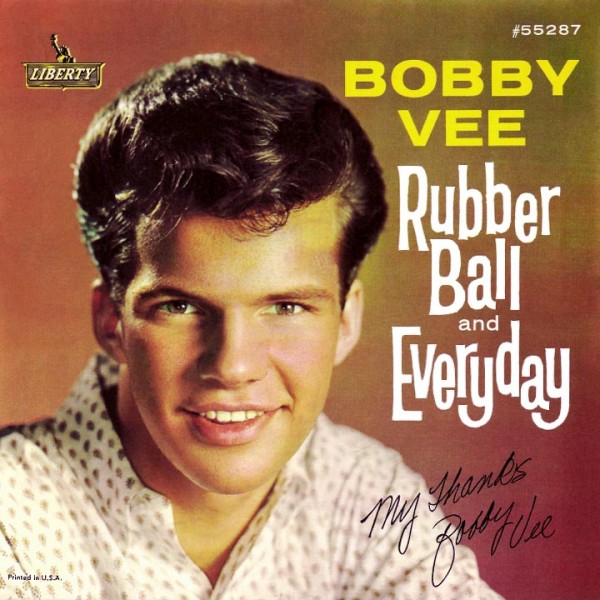 Pop idol Bobby Vee, the boyish, grinning 1960s singer whose career was born when he took a Midwestern stage as a teenager to fill in after the 1959 plane crash that killed rock ‘n’ roll stars Buddy Holly, Ritchie Valens and J.P. “The Big Bopper” Richardson, has died. He was 73.

Vee, whose hits included the chart-topping “Take Good Care of My Baby” and who helped a young Bob Dylan get his start, died Monday of advanced Alzheimer’s disease, said his son, Jeff Velline. Vee was diagnosed with Alzheimer’s disease in 2011, and performed his last show that year.

Born Robert Velline in Fargo, North Dakota, Vee was only 15 when he took the stage in Moorhead, Minnesota, after the Feb. 3, 1959, plane crash in Iowa that killed Holly, Valens and Richardson on their way to the concert. That dark day in rock history was commemorated by singer-songwriter Don McLean in his 1972 pop song “American Pie” as “The Day The Music Died.”

The call went out for local acts to replace Holly at his scheduled show at the Moorhead National Guard Armory. Vee and his 2-week-old band volunteered, along with three or four other bands. The show’s emcee, Charlie Boone, then a disc jockey at KFGO Radio, turned to Vee and asked him the name of his band. Vee looked at the shadows of his bandmates on the floor and answered: The Shadows.

“I didn’t have any fear right then,” Vee recalled in a 1999 interview with The Associated Press. “The fear didn’t hit me until the spotlight came on, and then I was just shattered by it. I didn’t think that I’d be able to sing. If I opened my mouth, I wasn’t sure anything would come out.”