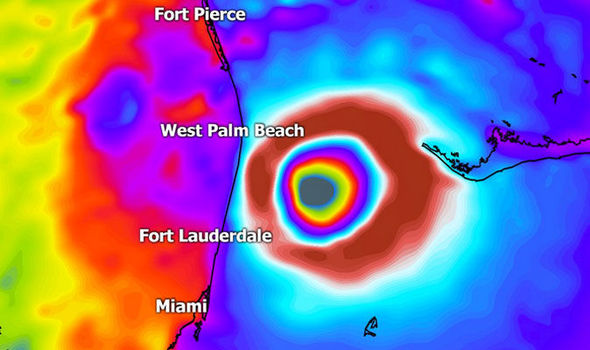 That’s the common sentiment we’re hearing from stations up and down the U.S. southeastern seaboard, as broadcasters prepare for the arrival of Hurricane Matthew.

The now Category 4 storm is churning toward the U.S. mainland after smashing through the Bahamas and Haiti, where early reports say at least 130 have died on that poverty-stricken island. Stations from South Florida to South Carolina have activated emergency coverage plans, with most expected to be in wall-to-wall coverage by no later than this afternoon. In advance of the coming storm, Cox Media Group/Orlando Ops Manager Drew Anderssen commented on News/Talker WDBO’s plans — comments that echo what we’re hearing from most stations in Matthew’s potential impact zone. “Our team has made all of the necessary personal arrangements and we are prepared to keep Central Florida informed around the clock as needed, with

“We are encouraging listeners to take emergency preparedness precautions now, including downloading the News 96.5 WDBO App and having batteries and a battery powered radio on hand, so they can stay connected to our coverage in the event of power outages. We’re also cross-promoting our StormCenter coverage on our cluster’s music stations and WDBO will provide content to them as needed.”

Latest National Hurricane Center models show Matthew coming ashore in South Florida later today, then spending most of the next 24-hours churning northward through The Sunshine State before moving on to the southern coastal regions of Georgia and South Carolina over the weekend. And while it’s still to early to be sure, at least a couple of rather ominous forecast models show Matthew heading back out into the Atlantic Ocean, then circling back westward, potentially hitting Florida again by the middle of next week! Hurricanes are unpredictable, but one thing is for sure —  it’s gonna be a long and worrisome several days for millions in the path of the killer storm.