“I interviewed 18 women who shared accounts of Ailes’s offering them job opportunities if they would agree to perform sexual favors for him,” Sherman writes 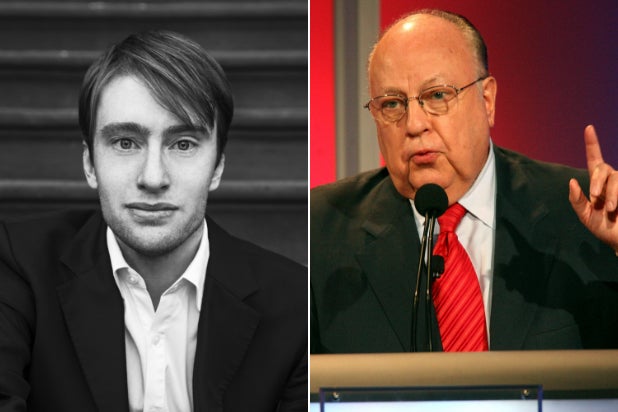 The story, “The Revenge of Roger’s Angels: How Fox News took down the most powerful, and predatory, man in media,” was published early Friday morning on NYmag.com.

Sherman, who has been out in front of the Ailes sexual harassment scandal from day one, calls Fox News “something like a fourth branch of government; a propaganda arm for the GOP; an organization that determined Republican presidential candidates, sold wars, and decided the issues of the day for 2 million viewers.”

The expose starts off by reminding us of the Gretchen Carlson sexual harassment suit against Ailes, which resulted in numerous women coming forward with similar claims.

“Beginning in 2014, according to a person familiar with the lawsuit, Carlson brought her iPhone to meetings in Ailes’s office and secretly recorded him saying the kinds of things he’d been saying to her all along,” Sherman wrote.

Rupert Murdoch’s sons, James and Lachlan, saw the Carlson lawsuit as both “a big problem — and an opportunity,” according to Sherman because they “were not fans of Ailes’s.”

The story points out that current Donald Trump confidant Rudy Giuliani was included in an emergency meeting Ailes held hours after news of the Carlson lawsuit broke. Additionally, Sherman said that Ailes’ wife, Elizabeth, was part of the team that “turned his ­second-floor office at Fox News into a war room” in an attempt to fight the accusations.

“Ailes told executives that he was being persecuted by the liberal media and by the Murdoch sons. According to a high-level source inside the company, Ailes complained to 21st Century Fox general counsel Gerson Zweifach that James, whose wife had worked for the Clinton Foundation, was trying to get rid of him in order to help elect Hillary Clinton,” Sherman wrote before claiming that “Ailes threatened to fly to France, where Rupert was vacationing with his wife, Jerry Hall, in an effort to save his job.”

Sherman said the trip never happened and details that Rupert’s first instinct was to protect Ailes, but his sons disagreed. “Carlson will soon announce an eight-figure settlement,” according to the expose.

Sherman wrote that Fox News star Megyn Kelly “was one of the lucky ones” because she “managed to rebuff his sexual overtures in a way that didn’t alienate her boss.”