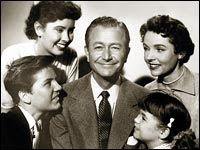 In 1949, NBC radio debuted Father Knows Best. The Thursday night program aired for four years. Robert Young played the role of Jim Anderson, the ever-patient father. The rest of the family included wife Margaret, son Bud and lovely daughters Betty (the eldest) and Kathy. The family lived on Maple Street in Springfield. Remember Bud’s favorite phrase (he only said it about six dozen times per show)? “Holy Cow!” Father Knows Best made the transition to TV in 1954, with Robert Young as the only cast member to continue with the show.(TV cast pictured) 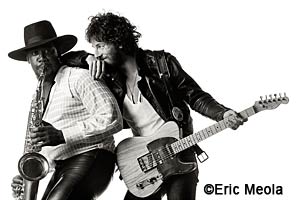 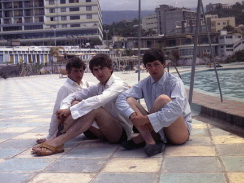 In 2014, Led Zeppelin‘s ‘Whole Lotta Love’ was voted the greatest guitar riff of all time by listeners of BBC Radio 2. The ’69 track topped a list that included Guns N’ Roses (Sweet Child O’ Mine’), AC/DC (‘Back In Black’) and Deep Purple (‘Smoke On The Water’).

Actor David Canary (All My Children, Bonanza) is 78.

Singer Walter Williams of The O’Jays is 74.

Drummer Danny Smythe of The Box Tops is 68.

Singer Henry Paul of BlackHawk (and Outlaws) is 67.

Keyboardist Geoff Downes of Asia is 64.

Actor Simon McBurney (The Borgias, The Vicar of Dibley ) is 59.

Actress Rusty Schwimmer (The Guardian) is 54.

Actor Robert Maschio (Scrubs, As The World Turns) is 50.

Singer Jeff Tweedy of Wilco is 49.

Ontario-born actor Cameron Mathison (Holidaze, My Gal Sunday, All My Children) is 47.

Toronto-born actress Stacey Farber (Degrassi: The Next Generation, 18 to Life) is 29.