In the wake of Gretchen Carlson’s lawsuit against former chairman and CEO of Fox News Roger Ailes, a former booker at the news network has revealed she underwent over 20 years worth of “psychological torture” and sexual harassment from Ailes.

In an interview with New York Magazine, Laurie Luhn alleges that in exchange for a position in the company, protection and cash, she was required to perform sexual acts for Ailes. 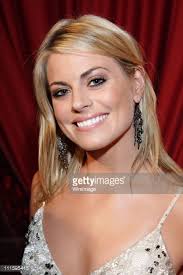 In one of their first meetings at the D.C. area Crystal City Marriott, Luhn claims that Ailes made her dance in lingerie on camera before having her perform oral sex on him.

When she had finished dancing, Ailes told her to get down on her knees in front of him, she said, and put his hands on her temples. As she recalled, he began speaking to her slowly and authoritatively, as if he were some kind of Svengali: “Tell me you will do what I tell you to do, when I tell you to do it. At any time, at any place when I call. No matter where I call you, no matter where you are. Do you understand? You will follow orders. If I tell you to put on your uniform, what are you gonna do, Laurie? WHAT ARE YOU GONNA DO, LAURIE?” Then, she recalled, his voice dropped to a whisper: “What are you, Laurie? Are you Roger’s whore? Are you Roger’s spy? Come over here.” Ailes asked her to perform oral sex, she said.

Citing anonymous sources who worked at Fox during the same time as Luhn, New York magazine corroborated details from Luhn’s account that she was involved with Ailes for several years.

The secret meetings continued until 2006, when Luhn claims that the hotel visits stopped but Ailes had regularly demanded that they have phone sex in the office. Ailes allegedly asked Luhn, who was able to hire employees as the new director of bookings, to recruit young women for him.

Though Luhn denied sending staff members to Ailes explicitly for sex, she did admit to New York Magazine that she sent women to have private meetings with Ailes knowing that they would be subjected to sexual harassment.

Luhn said she had a number of mental breakdowns due to the stress of her situation with Ailes.

During a staff meeting in 2007, Luhn said Ailes spotted a bottle of anxiety medication in her purse and told Luhn not to take pills or see her doctor after others left the room.

“His whole deal was they can never prove anything about you and me unless you say something,” Luhn said. “He said that to me for 20 years. Why do you think I got so messed up?”

By late 2010, Luhn moved out to Brentwood, California while still being paid by Fox News, but experienced a nervous breakdown. She later moved back to her hometown in Texas, where she became hospitalized and medicated. She attempted to commit suicide by swallowing a bottle of lorazepam, according to New York magazine’s report.

Luhn eventually wrote a letter to Dianne Brandis, a Fox News lawyer, to state that she had been sexually harassed by Ailes over the past 20 years. By June 15, 2011, Luhn signed a $3.15 million settlement with Brandis, which included detailed nondisclosure provisions.

Though the settlement bars Luhn from ever filing suit against Fox News, speaking to government officials or the press, Luhn told the magazine that she wanted to share her story.

“Whether I am a crazy person or not, I am reporting sexual harassment,” Luhn said.