actor George Sanders was born to English parents in St. Petersburg Russia.  After winning an Oscar in 1950’s All About Eve, he began accepting guest roles in TV dramas.  Some 20 of them over the next 20 years, including portraying Mr. Freeze on Batman, plus The Man from Uncle, Daniel Boone, The Rogues, Screen Directors Playhouse, Mission Impossible, Ford TV Theatre, The 20th Century Fox Hour, and hosted The George Sanders Mystery Playhouse.  He continued to play mostly villains and charming heels until his suicide Apr. 25 1972, at age 65.

In 1913, columnist & TV panellist Dorothy Kilgallen was born in Chicago.  For 27 years she wrote a gossip column for Hearst’s New York Herald American, halfway through which time she achieved national fame as a panellist on Goodson Todman’s Sunday night TV institutuion, What’s My Line?  Beginning in 1945, she co-hosted a long-running breakfast radio talk show on WOR,  with her husband Richard Kollmar.  She died after an alcohol-and-seconal-fuelled heart attack Nov. 8 1965, just 12 hours after her weekly TV game show, dead at age 52.

In 1915, composer/arranger/conductor Jerry Gray was born in East Boston Mass.  His work with Artie Shaw & Glenn Miller made him a big band legend.  He arranged “Begin the Beguine” & “Carioca” for Shaw’s band, and a string of smash hits for Miller, including “Elmer’s Tune”, “Moonlight Cocktails”, and “Chattanooga Choo-Choo”, plus his compositions “Pennsylvania 6-5000” and “A String of Pearls”.  He died of a heart attack Aug 10, 1976 at age 61.

In 1920, actress Louise Allbritton was born in Oklahoma City.  She starred in two TV series in the mid 1950’s,  Concerning Miss Marlowe & The Way of the World.  Earlier she’d guested on drama shows like Studio One, Philco TV Playhouse, Robert Montgomery Presents, and Armstrong Circle Theatre, and had cast status in 1950’s The Stage Door.  She married CBS chief correspondent Charles Collingwood in 1946.  She succumbed to cancer in Mexico Feb. 16 1979 at age 58.

In 1928, the development of TV continued in London as John Logic Baird conducted the world’s first color TV broadcast.

In 1935, “Hawaii Calls” aired its first radio program from the Moana Hotel on the beach at Waikiki.  At its peak it aired on 600 radio stations around the world.  The series lasted more than 60 years. 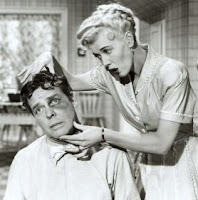 In 1940, the legendary comedy team of Bud Abbott and Lou Costello debuted their own network radio show on NBC. After two years of wowing the audience of the Kate Snith Show the duo replaced Fred Allen for the summer months. In the fall of ’42 they began a seven year run with their own Thursday night show. In 1952 Abbott and Costello produced 52 episodes of one of the most successful and repeated programs in TV history.  A cartoon version of The Abbott & Costello Show followed in 1966.

In 1941, Cab Calloway and his orchestra recorded the standard, St. James Infirmary, for Okeh Records.

In 1945,  Victor Borge (below) was first heard on NBC radio. The network gave the comedian/pianist the summer replacement slot for Fibber McGee and Molly.

Also in 1945, Perry Como recorded the first of his ten million-selling singles, ‘Till the End of Time.’

in 1954, Staff Sgt. Johnny Cash was honorably discharged from the U.S. Air Force.

In 1956, enroute to Memphis after his “Steve Allen Show” appearance and a New York recording session that produced ‘Hound Dog’ and ‘Don’t Be Cruel,’ Elvis Presley ran into Gene Vincent at the railroad station and congratulated him on his big hit “Be-Bop-A-Lula.”

In 1959, Ray Peterson performed his first Top 40 hit “The Wonder of You” on “American Bandstand.”

In 1961, deejay Dan Ingram did his first show on WABC-AM, New York. He filled in for Chuck Dunaway.

In 1965, the horse of singing cowboy Roy Rogers, Trigger died at the ripe old age of 25.

Also in 1965, 16-year-old Vancouver hitmaker Terry Black appeared on American Bandstand performing ‘Only 16’ and ‘Unless you Care.’  Brian Hyland was also on the show with his huge 1962 hit ‘Sealed with A Kiss.’

In 1967, just back from a successful gig in New York City The Doors appeared at the Santa Monica Civic Center in California, with Iron Butterfly and Rubber Maze also on the bill.

In 1968, at an impromptu gathering at Joni Mitchell’s house in Laurel Canyon, Los Angeles, David Crosby, Stephen Stills and Graham Nash played together for the first time.

Also in 1968, The Beatles recorded “Ob-La-Di, Ob-La-Da,” written mostly by Paul McCartney who sang lead. John Lennon detested the song which was being played much slower than the hit version, and stormed out of the studio. When he returned (under the influence of marijuana), John went to the piano and played the opening chords louder and much more quickly than before. He claimed that was how the song should be played, and that’s how they recorded the final version. 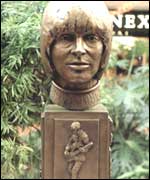 In 1969, founding member of The Rolling Stones until his dismissal three weeks earlier Brian Jones drowned at age 27 while under the influence of drugs and alcohol after taking a midnight swim in  the pool at his East Sussex home. The coroner’s report noted his liver and heart were hugely enlarged by Jones’ alcohol and drug abuse.

Also in 1969, for the first time, the Newport Jazz Festival in Rhode Island featured rock artists. Jeff Beck, Led Zeppelin and Ten Years After were among the acts who performed.

In 1971, Jim Morrison of the Doors died of heart failure & respiratory distress at age 27. He was found in the bathtub in his Paris apartment. News of Morrison’s death was not made public until days after his burial in a Paris cemetery, leading many fans to believe he was still alive.  Was the death a heroin overdose? No autopsy was performed, so it was never proven.

Also in 1971, the Newport Jazz Festival’s reputation was tarnished as gate crashers stormed the stage. The unruly mob forced the show to leave Rhode Island and move to New York City. Oh, and the artist the crowd got unruly over? Not Bob Dylan, not Miles Davis, but Dionne Warwick! She was singing What the World Needs Now is Love at the time of the incident.

In 1973, Laurens Hammond, the inventor of the Hammond electric organ in the 1930’s, died aged 78. At his death he held 110 patents for his many inventions.

Also in 1973, as he wrapped up a sixty-show tour at London’s Hammersmith Odeon Theater, David Bowie announced his retirement. Later he amended that to say the Ziggy Stardust personna had retired, not Bowie. He was back in action in less than a year.

Still in 1973, Clint Holmes received a Gold Record for his biggest hit single, ‘Playground in My Mind.’

In 1975, singer Chuck Negron of Three Dog Night was arrested in Louisville for possession of cocaine. 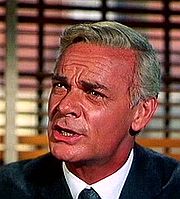 Also in 1978, the US Supreme Court ruled 5-4 that the FCC (Federal Communciations Commission) was within its rights to issue a reprimand to New York listener-supported radio station WBAI-FM, for its broadcast of George Carlin’s “Seven Dirty Words” monologue.

In 1981, actor Ross Martin, who achieved his greatest success as Secret Service agent Artemus Gordon in TV’s “The Wild Wild West”, died of a heart attack at age 61.

In 1982, The Human League started a three week run at No.1 on the Billboard singles charts with ‘Don’t You Want Me.’

In 1985, CBS fought back against a takeover bid by Ted Turner, by announcing a 21% stock buy-back.

Also in 1985, on their ‘Born in the USA’ tour Bruce Springsteen and the E Street Bandplayed the first of three sold out shows before a huge crowd at Wembley Stadium in London. 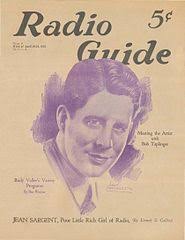 In 1986, depression era singer and bandleader Rudy Vallee died following a heart attack at age 84. He had a succession of popular radio variety shows beginning in the late 20’s, introducing a succession of future stars. His biggest hit was the “Stein Song (University of Maine)” in 1930.

In 1989, actor Jim Backus (below), who played outrageous radio characters on The Alan Young Show, the Mel Blanc Show & The Sad Sack, & TV’s Gilligan’s Island (as well as Magoo cartoons,) and co-starred on radio’s I Married Joan & The Penny Singleton Show, died at age 76 of Parkinson’s disease & pneumonia. 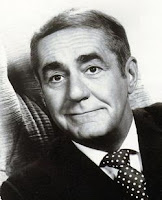 In 1992, singer Olivia Newton-John was diagnosed with breast cancer on the same weekend her father Bryn died of cancer. She successfuly fought the disease.

In 1993, “Curly” Joe DeRita, the last surviving member of The Three Stooges, whose films were staples of early TV, died of pneumonia at age 83.

In 1995, Scott Weiland of the Stone Temple Pilots, pleaded not guilty  to drug charges.

Also in 1995, members of TLC filed for bankruptcy. Lisa “Left Eye” Lopes faced a $1.3 million payment for burning down the mansion of her boyfriend, Andre Rison.

In 1999, “Posh Spice” Victoria Adams of the Spice Girls married soccer star David Beckham at an estate outside Dublin, Ireland.

Also in 2001, we learned that News anchor Pamela Martin would be leaving CHAN-TV for CIVT-TV, to join Bill Good, Jr., who had announced his departure May 16. Later that year, CHAN switched from CTV to Global and CIVT became the new CTV affiliate. CIVT first signed on in 1997 on channel 32, and channel 9 on cable.

In 2002, Sir Elton John became the first person to receive an honorary doctorate from the Royal Academy Of Music.

Also in 2002, the wife of Ozzy Osbourne, Sharon Osbourne underwent an emergency operation after being diagnosed with cancer. The family had become cult heroes after the success of MTV’s ‘The Osbournes Show’.

Still in 2002, Sony/ATV Publishing announced it would buy a country music catalog fromGaylord Entertainment for $157 million US.

In 2004, David Crosby pleaded guilty to attempted criminal possession of a weapon, and was fined $5,000. It followed his arrest in New York in March when a gun, knife and marijuana were found in his luggage.

In 2006, suburban-Seattle native Smilin’ Jack Smith, who crooned on his own nightly CBS Radio show from 1945 to 52, then went on to host TV’s You Asked For it over a more-than-30-year span, died of leukemia at age 92.

In 2007, legendary tenor sax player Boots Randolph died in Nashville after a stroke at age 80. Randolph was a major part of the ‘Nashville Sound’ for most of his professional career. His 1963 hit Yakkety Sax, written with guitarist James Rich, became the theme song for TV’s The Benny Hill Show.

In 2009, the City of Los Angeles officially declared it Ritchie Valens Day, some 50 years after the rocker’s untimely death in an Iowa plane crash.

Also in 2009, ‘Woodstock: The 40th Anniversary‘ opened at the Rock and Roll Hall of Fame and Museum in Cleveland. The exhibit featured memorabilia including Crosby, Stills, Nash & Young’s performance contract and clothing worn by Stephen Stills.

In 2014, the Sirius-XM radio team of Opie & Anthony was forever broken up, as the network fired Anthony Cumia for making a series of tweets following an alleged off-air incident with a black woman on the street. Cumia tweeted that he was punched by the woman while attempting to take a picture in Times Square. The tweets were described by Sirius XM as “racially-charged and hate-filled.”

In 2015, actress Diana Douglas, the first wife of Kirk Douglas and the mother of Michael Douglas, died of cancer at age 92. On the small screen she was a featured regular on the 1974 ABC-TV series ‘The Cowboys,’ and a decade later on CBS-TV/Showtime’s ‘The Paper Chase’ (1985-86).

Actress Hunter Tylo (The Bold & the Beautiful) is 54.

Actor Corey Reynolds (Murder in the First, The Closer) is 42.

Actor Ian Anthony Dale (Murder in the First, Hawaii Five-0, The Event) is 38.

Actress Elizabeth Hendrickson (The Young and the Restless, All My Children) is 37.

Actress Olivia Munn (The Newsroom, Miles from Tomorrowland) is 36.

Toronto-born actress Alex Steele (Degrassi: The Next Generation) is 21.