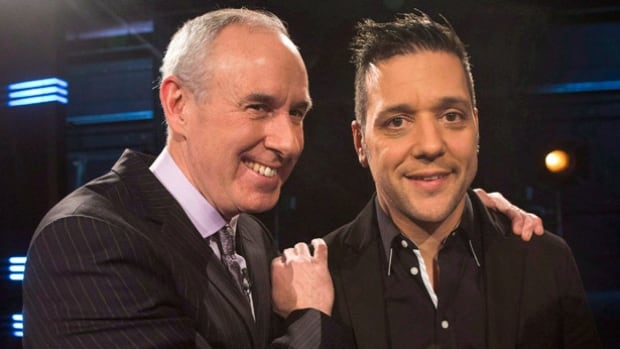 Ron MacLean, left, and George Stroumboulopoulos had nothing but compliments for each other as Rogers unveiled the Hockey Night in Canada host shuffle in 2014. (Chris Young/Canadian Press)

The most recent chapter of Ron MacLean’s career would make one heck of a screenplay: a venerable 56-year-old sports broadcaster, beloved by millions, is sidelined from his position by a network seeking a younger face, only to be brought back to salvage its flagging ratings.

Sportsnet confirmed Monday that the veteran broadcaster will replace George Stroumboulopoulos in the main chair of Hockey Night in Canada next season, returning to a role he held for nearly 30 years.

MacLean will host the early game on Saturday night while David Amber will front the late game. 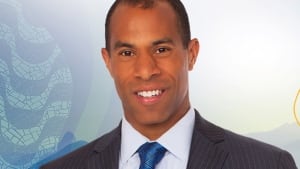 Stroumboulopoulos, who became the host of Hockey Night in Canada in 2014, is leaving “to explore new creative opportunities,” Sportsnet said.

“It really is a pretty rare thing to happen,” sports writer Chris Zelkovich said of MacLean’s comeback in an interview with CBC News.

“I’ve been thinking of where this kind of thing has happened in the world of sports in particular. The only one I could come up is Marv Albert.”

Albert, a fixture in basketball commentary, was fired by NBC when he was charged with sexual assault in 1997. After a lurid, public trial, he was convicted on lesser charges and eventually rehired by NBC.

Zelkovich adds: “I would put Ron MacLean’s return second only to that, and maybe because he didn’t have any convictions. Ron didn’t do anything wrong to lose his job.”

MacLean was pushed out of his Hockey Night in Canada‘s co-host chair in 2014 and replaced with Stroumboulopoulos, the host best known for his CBC talk show and MuchMusic VJ days. The shift was part of the makeover that accompanied Rogers Communications’ mammoth $5.2-billion, 12-year NHL deal.

But as the ratings plummeted, in part as a result of the absence of Canadian teams in the NHL playoffs this year, the broadcaster started looking at another facelift: this one involving Hockey Night’s old co-host. 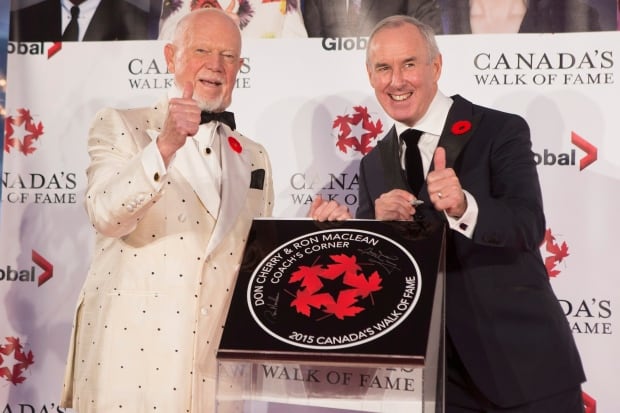 Veteran broadcaster Ron MacLean, right, posing here with Don Cherry as they are inducted into Canada’s Walk of Fame in Toronto, is slated to return to Hockey Night in Canada after more than two years away from the host’s chair. (Chris Young/The Canadian Press)

In the hockey commentator world of large men with outsized personalities, MacLean is probably as close as you can get to a “safe hire,” or in this case, a rehire.

With his encyclopedic knowledge of the game and everyman demeanour, he inspires an adulation in fans rivalled by few others on Canadian TV.

READ MORE OF THIS STORY  HERE  AT THE CBC NEWS WEBSITE