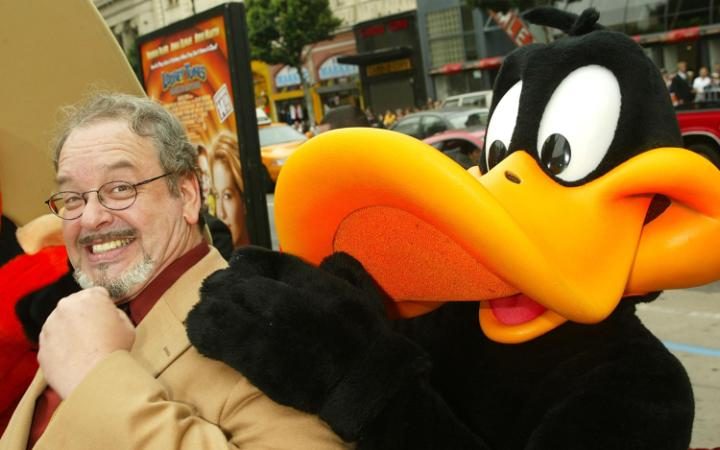 Joe Alaskey, the voice behind notable cartoon characters including Bugs Bunny and Daffy Duck, died of cancer on Wednesday. He was 63.

The voice actor, who was born in upstate New York, started out as a standup impressionist. He worked with voice actor June Foray on a Boston radio morning show called Effective Radio with Bill.

In the late 1980s, he was hired by Warner Bros. Alaskey is credited as one of the successors of voice and comedic actor Mel Blanc after he died in 1989. He took on famous roles like Tweety and Sylvester the Cat.

Since then, Alaskey has held a wide range of parts including Marvin the Martian, Grandpa Lou Pickles from the show Rugrats, Stinkie from the film Casper, and Plucky Duck on Tiny Toon Adventures. He also provided the voice for Richard Nixon on the critically acclaimed film Forrest Gump.

Alaskey, who once revealed that he sang every day to keep his larynx supple, won a Daytime Emmy award in 2004 for his work on the cartoon Duck Dodgers.

His latest credits include the voice of Droopy on Tom and Jerry and Green Loontern in Lego Batman 3: Beyond Gotham. He also narrated television documentary series Murder Comes to Town, which aired on the Investigation Discovery Network.