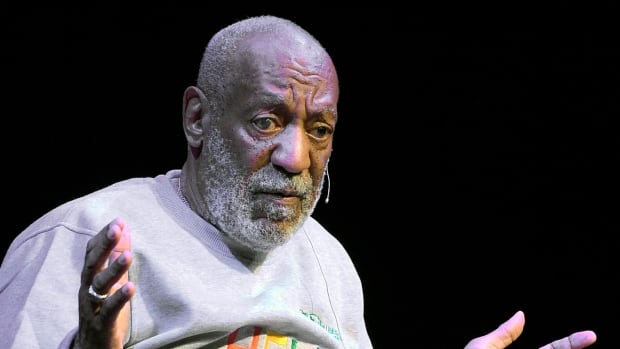 Montgomery County prosecutors charged comedian Bill Cosby on Wednesday with one charge of aggravated indecent assault related to an incident alleged to have taken place at his Philadelphia-area home in 2004. (Phelan M. Ebenhack/The Associated Press)

.Bill Cosby was charged Wednesday with drugging and sexually assaulting a (Toronto) woman at his home 12 years ago — the first criminal charges brought against the comedian out of the torrent of allegations that destroyed his good-guy image as America’s Dad.

The case sets the stage for perhaps the biggest Hollywood celebrity trial of the mobile-all-the-time era and could send the 78-year-old Cosby to prison in the twilight of his life and barrier-breaking career.

Cosby was to be arraigned in the afternoon on a charge of aggravated indecent assault, punishable by five to 10 years behind bars and a $25,000 US fine.

Prosecutors accused him of rendering former Temple University employee (and current Ontario massage therapist) Andrea Constand unable to resist by plying her with pills and wine, then penetrating her digitally without her consent, when she was unconscious or unaware of what was happening.

She was “frozen, paralyzed, unable to move,” Montgomery County District Attorney-elect Kevin Steele said in announcing the charges. He said it is unclear what type of pills Constand was given, but he noted that Cosby has admitted giving Quaaludes to women he wanted to have sex with.

Cosby acknowledged under oath a decade ago that he had sexual contact with Constand but said it was consensual. Calls to his attorneys were not immediately returned.

The charges came down just days before the 12-year statute of limitations for bringing charges was set to run out.

The case represents an about-face by the district attorney’s office, which declined to charge Cosby in 2005 when Constand first told police that the comic violated her by putting his hands down her pants at his mansion in suburban Philadelphia.

Prosecutors reopened the case over the summer as damaging testimony was unsealed in Constand’s related civil lawsuit against Cosby and as dozens of other women came forward with similar accusations that made a mockery of his image as the wise and understanding Dr. Cliff Huxtable from TV’s The Cosby Show.