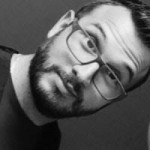 You know how frustrating it is when you’re driving and there’s someone sitting in the back seat, wincing and groaning as you maneuver through traffic. They’re barking orders about which way to go, and when to move over into other lanes.  There are many managers that act the same way in their organizations.  They are constantly watching over their employees, telling them what to do and how to do. This type of micromanagement is disheartening for the employee.  Not to mention it gives them no opportunity to create new ideas and approaches if they aren’t given the space to experiment.

Micromanagement is all about control.  It is the act of controlling how an employee performs specific tasks or their role.  It does immense harm to an organization. It implies a lack of trust between the manager and the employee and a lack of faith in the employee’s ability to do their job.  Micromanaging breeds frustration, wastes time and ultimately kills team morale. Why can’t managers see that?

Control is the enemy of creativity!

Creativity is the driving force behind new products, stand out ideas, improved efficiencies and problem solving.  Creativity is the edge your organization needs to remain competitive and to grow.  Creativity can only exist when people are trusted, free of judgment and encouraged to experiment.

To foster a creative environment you need to inject some freedom.  People have to know they are free to break convention and take risks.  They need to be given space to formulate different thinking.  Most importantly, they need to be allowed to make mistakes and fail.  When failure happens – and it will – give people the time they need to study the failure so they can make improvements for next time.

Creativity is not doing things the way they have been done before!

Creativity comes from giving employees freedom.  It’s about giving people the space to achieve their objectives in a way that fits them.   As a manager your role is to set the vision and goals and then to support people as they pursue those goals in a way that makes sense to them.

Ultimately, managers have to be willing to relinquish control and the way they think things should be done in order to build an innovative business.  The only question that should matter to a manager is “Are my employees meeting expectations and producing the work they are supposed to?” There is no benefit to hiring great people and then controlling their every move.  Empower them to be great.  Stop hiding behind the hierarchy.  You may not be the smartest person on the team.  You may not have all the answers.  That doesn’t matter; you are there to help the organization find success.  You are not there to control everything, but instead to serve those you have hired.  Help them find creative solutions to your customer’s problems, and your business will grow.

Control is the enemy of creativity… and creativity is essential for growth!