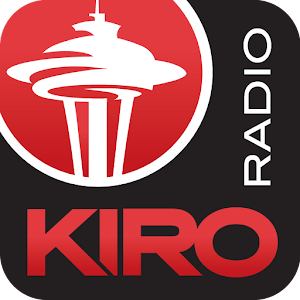 Much fretting goes on nowadays about the future of traditional broadcast radio. Appliances are changing, and the old-school radio that used to be a fixture in kitchens, cars and pocket transistors has morphed rapidly into smartphones and Wi-Fi devices.

Though the future of broadcast is murky, the roots of what’s now consumed as KIRO Radio on multiple platforms (including radios) is clear, and is celebrating a big milestone this week.

In a nearly hidden basement at 4th and University Street in downtown Seattle, KIRO Radio officially went on the air 80 years ago with help from Franklin Delano Roosevelt’s Vice President John Nance Garner.

Vice President Garner and other dignitaries were on hand in the Cobb Building at 5 p.m. on Oct. 15, 1935 when KIRO boosted its power from 250 to 500 watts. Earlier that day, KIRO became the new call-letters for a station formerly known as KPCB. The “PCB” stood for “Pacific Coast Biscuits,” flagship product of Seattle’s Centennial Flour Mills. Local businessman and politically well-connected U.S. Customs official Saul Haas (pictured  left) bought the station from Centennial executive Moritz Thomsen and set about making big changes right away.

Radio broadcasting was still a relatively new phenomenon in 1935, and Haas set his sights on making KIRO a powerhouse. From 500 watts, KIRO ultimately beat every other station in the Northwest and, with permission from the Federal Communications Commission, went to 50,000 watts during the summer of 1941. To accomplish the boost, KIRO built a glamorous new transmitter building and antenna array on Vashon/Maury Island.

When the U.S. entered World War II later that year, the government froze all pending power boosts for radio stations, leaving KIRO the only 50,000-watt powerhouse west of the Twin Cities and north of San Francisco for the next five years. The nighttime signal went as far as Alaska and northern California.

During World War II, KIRO carried most of CBS’ most famous broadcasts, including Edward R. Murrow reporting from London, and other correspondents covering the war in Europe and the Pacific. KIRO also made recordings of those famous broadcasts, and saved them at the Vashon transmitter site. A University of Washington professor named Milo Ryan discovered the collection in the 1950s, and the entire treasure trove of audio history now resides in the National Archives. Many recordings of famous World War II broadcasts exist only because KIRO saved them.

The other major milestone in KIRO’s history was the move to the news radio format in 1974, followed soon after by the securing of rights to Seahawks’ broadcasts for the team’s inaugural season in 1976. Personalities including Pete Gross, Jim French, Bill Yeend and Wayne Cody were among the most recognizable voices on KIRO from the 1970s to the 1990s, along with play-by-play for the Sonics by Bob Blackburn and then Kevin Calabro, and DaveNiehaus and Rick Rizzs for the Mariners (unlike the Seahawks, the Sonics and the Mariners weren’t always with KIRO over the years).

KIRO’s combination of news, sports and talk has ebbed and flowed over the past 41 years, but the ingredients have remained basically the same. Saul Haas sold the station to Bonneville in 1964; the station separated from KIRO TV and went through a complicated series of ownership changes in the 1990s and 2000s, but came back into the Bonneville fold in 2007. The programming mix of what had been KIRO 710 AM was moved to FM in 2009, a trend seen elsewhere in the U.S. over the past decade.

For people who love radio (including this biased writer and media historian, who, full disclosure, is also curator of The Northwest Hall of Radio History at Washington State University), the readily accessible presence of live and local voices experiencing and talking about what’s going on at that particular moment in real time is what continues to set radio apart from every other medium. It could even be argued that radio listeners who stay tuned to a particular program or station are simultaneously “sharing” and “liking” without having to click on an icon or post a link. Radio, some say, is the original social media.

Radio’s greatest strength is its function as a kind of community glue, linking people within range of the transmitter who have, at the very least, geography in common. Hearing those familiar voices subtly reminds us that we live in the same place as our neighbors, that we have a stake in our community’s future, as well as a responsibility to contribute to the region we share. Radio (or whatever appliance delivers the program nowadays) is the town crier or the bell in the steeple, bringing listeners something mundane like a ho-hum weather report, something tragic like a natural disaster, or something festive like a win by the home team.

The future of radio as an appliance is hard to predict, but it’s clear that live and local audio content will be celebrating milestones and birthdays for many decades to come.