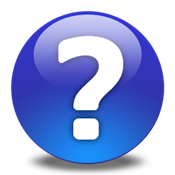 In a follow-up to Nielsen’s recently held NAB/RAB Radio Show session, in which the company announced it would rapidly roll out new enhanced encoding firmware for its PPM measurement system, Researcher Richard Harker wonders why the ratings firm is suddenly in such a hurry to install the new firmware after years of delay.

“It has been eight years since PPM rolled out and prior to Voltair there had not been a single upgrade to the encoder,” writes Harker in the latest post to the company’s Radio InSights blog.

“Why the sudden urgency to upgrade every station in a month’s time? Radio waited eight years for an encoder upgrade, but now Nielsen insists that all stations must be upgraded by the end of November. It took them four years to develop the eDiary — and then they killed it!

Can we really believe that in the past couple of months Nielsen dissected Voltair to figure out why it worked, developed a firmware update to emulate it, lab tested the new firmware, and completed a thorough field test?”