Media buyers cite industry consolidation as their No. 1 beef

By the editors of Media Life Magazine 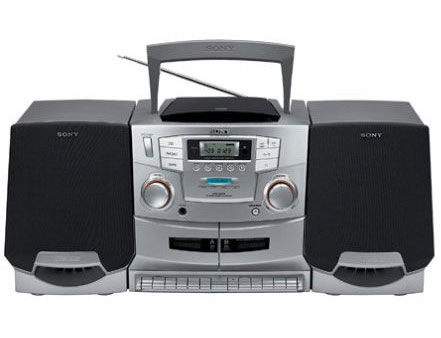 Ask media buyers what word best describes the state of radio, and their first choice is “struggling.”

The reason radio is struggling, many believe, is because of consolidation that has concentrated radio ownership in the hands of a few industry giants. That’s led to the slashing of budgets at stations around the country and the replacing of local on-air talent with syndicated shows.

Yet these same buyers remain huge fans of radio as an advertising medium, believing it to be superior to almost all other media in reaching consumers and driving sales (See below).

In short, their beef is not with the medium but its largest owners.

These are the key findings of recent Media Life polls on radio as it expands coverage of the medium with its fall editorial series “The new face of radio in America” and the launch of The Media Life Radio Newsletter for media planners and buyers.

In the most recent poll, Media Life asked, “What do you think are the biggest problems facing radio today?” Readers were invited to choose more than one answer (See below).

Slightly over half chose: “Control of the industry in the hands of a few giants.”

Second, at just under half, was: “Decline of local radio with its deep communities ties.”

Third was “Competition from digital players like Pandora.” Fourth was “Ad clutter.” Other top choices were “Lack of innovation” and “Lack of compelling content. Same old music and talk.”

One thing is very clear in buyers’ responses: Their deep belief that radio at its best is a hyper-local medium with local on-air personalities listeners relate to.

Think of the DJ who shows up to broadcast live whenever there’s a parade, street festival or big school event. Or it’s an event for children and he’s there, mike in hand, maybe in a costume.

Wrote one: “I think radio needs to shift away from syndicated programming and back to local on-air personalities. This will help the stations connect locally again and give listeners a reason to turn off Pandora and listen in again.”

Wrote another: “Move away from syndicated to local radio, that’s the hook that will get clients interested.”

Yet another: “Local Local Local. Local wins. The more you connect with the community, the better received your station will be.

“It seems the stations that are on the top in each market are the ones with connected morning shows. Running syndicated programs out of Nashville, New York, LA in mid markets is why advertisers pull out.”

Buyers worry that unless radio figures out how to regain its localness, it faces real risks: declining revenues, fading listenership and loss of relevance. Once gone, they won’t come back.

One buyer believes radio really doesn’t have a choice.

“The large radio companies either need to invest more in talent and programming development on all market levels or sell off the medium or small-market stations to allow more local ownership opportunities.”