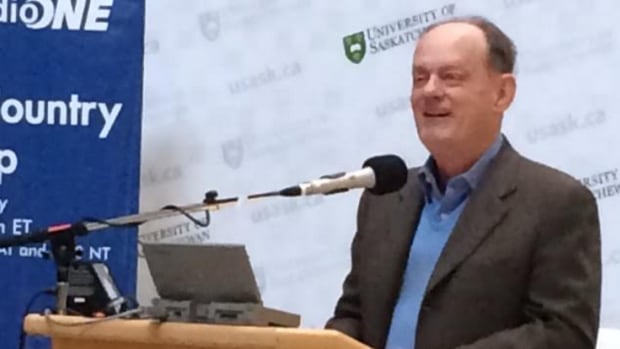 After 21 years as host of Cross Country Checkup, Rex Murphy has decided to retire from the show.

Rex says, “It’s the right time for me to step down.  The continuing conversation I have had every Sunday with Canadians on a wide range of topics over 21-years has been rewarding — and hard to give up. Cross Country Checkup’s 50th anniversary show in Saskatoon in June made me think that I’ve been in the host’s chair for almost half that time. I am reminded every day by people who approach me in the street, in stores, airports and restaurants how many people have enjoyed and participated in that conversation …and I am grateful.”

Rex first appeared on Checkup several times as a guest host and became the full-time host on August 7, 1994.  His ability to connect with Canadians of all backgrounds using a unique mix of humour, civility and probing intellect quickly put a strong stamp on the program.

Rex’s last day on-air will be Sunday, September 20, 2015. He will continue his weekly commentaries on The National.

We here at Checkup will certainly miss Rex.  Many of us don’t even know Cross Country Checkup without him. He has been fun to work with and a thoughtful and gracious colleague.