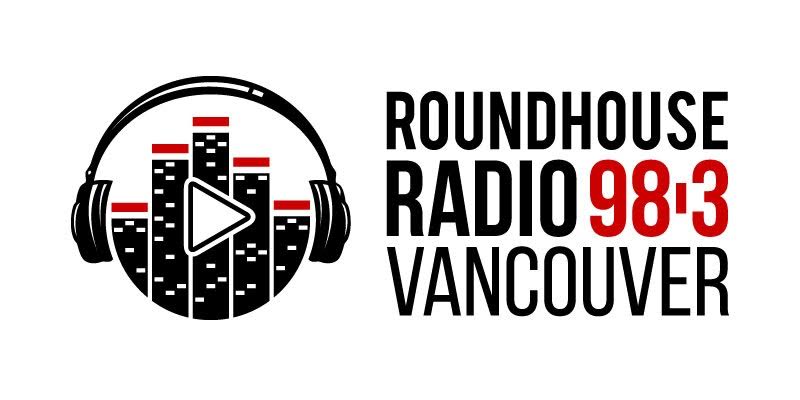 VANCOUVER, BRITISH COLUMBIA–July 21, 2015 – Roundhouse Radio, Vancouver’s newest FM station has released its on-air host lineup, showcasing a who’s who of experienced journalists and on-air talent. Focusing on intelligent conversations from a unique, hyper-local perspective, Roundhouse will provide content important to the lives of everyone who is engaged in the City of Vancouver.

“We are honoured to have the opportunity to work with such an intelligent and passionate team that are committed to improving life within the City of Vancouver,” states Don Shafer, CEO of Roundhouse Radio. “With the addition of these engaging story tellers, we are poised to redefine radio as a positive agent of change.”

The new program hosts for Roundhouse Radio are:

KIRK LAPOINTE: 6:00 am to 10 am – Kirk LaPointe is one of Canada’s leading journalists, having run CTV News, Southam News and The Hamilton Spectator. Kirk managed newsrooms at The Vancouver Sun and The Canadian Press, and held roles at the CBC as its Ombudsman and as a Newsworld host. He was Billboard’s Canadian editor for nine years and is currently Publisher and Editor-in-Chief of the Self-Counsel Press publishing house. Kirk teaches ethics and leadership at University of British Columbia, is Executive Director of the Organization of News Ombudsmen and last year ran for Mayor of Vancouver.

MINELLE MAHTANI: 10 am to 12 pm – Minelle Mahtani brings her background in journalism, the not-for-profit sector and academia to her role as our late-morning host. Minelle identifies as a woman of mixed race and has written two books: Mixed Race Amnesia: Resisting the Romanticization of Multiraciality; and Global Mixed Race. She is an Associate Professor in the Department of Geography and Planning, and Program in Journalism at University of Toronto. She is also a former television news journalist with the CBC. Minelle is delighted to be back in Vancouver, as she has worked in the NGO sector of our city, helping not-for-profits develop strategic communication planning through her work at IMPACS (Institute for Media, Policy and Civil Society) and previously held a fellowship at the School of Journalism at UBC. As a planning professor, Minelle hopes to be a conduit for under-represented groups in the city and looks forward to ensuring that their voices are heard.

TERRY DAVID MULLIGAN: 12 pm to 1 pm – Veteran broadcaster and BC Hall of Fame Inductee, “TDM” gained national exposure through his television presentations on CBC’s first video series Good Rockin Tonight, CBC’s Gold Rush, then as host/producer of MuchMusicWest and Movie Television for CityTV/Bravo. He also has a distinguished career on stage, television and film, having appeared in dozens of shows and films such as The Accused, The X-Files and Fantastic Four to name but a few.

For many years Terry was the host of Movie Television on CityTV and was a program host and producer for the Canadian entertainment Star! Channel. For 20 years TDM has hosted/produced “Mulligan Stew” for CKUA Radio in Alberta and currently hosts and produces Tasting Room Radio. In 2012 Terry was named Broadcaster of the Year by the British Columbia Association of Broadcasters and is a member of the Broadcast Film Critics Association.

JANICE UNGARO: 1 pm to 2 pm – Roundhouse Radio welcomes back to the local radio scene (as on-air host and producer) a Vancouver favourite in Janice Ungaro. The former morning show co-host at Z95.3 has spent the past 14 years working in Los Angeles focusing primarily on the production side of broadcast radio. Janice was a regular on The Rick Dees Weekly Top 40 crew, produced The Phil Hendrie Show and The Bill Handel Show on talk radio giant KFI AM640, and for the past 4 years was the Producer of The Jillian Michaels Show, which won the iTunes Best New Podcast Award.

JANA LYNNE WHITE: 2 pm to 6 pm – Jana Lynne White would describe herself as an extroverted introvert who loves storytelling and the fine art of great conversation. Her broadcast background includes CFOX radio, CKVU, MuchMusic, CHUMtv and MuchMoreMusic – writing, hosting and producing hundreds of shows, specials and interviews with artists, actors, and activists. Creating compelling content that resonates with an audience, Jana has shared stories with virtually every modern pop icon, from Bruce Springsteen and The Rolling Stones to Joni Mitchell and Leonard Cohen. In Jana’s words, she will “bring stories that connect and impact.”

MARTIN STRONG: 6 pm to 9 pm – Martin Strong has been heard on the airwaves in Canada for more than 20 years including positions on CBC Radio and Rock 101 in Vancouver, where he spent eleven years as co-host of the highly rated Bro Jake Morning Show. On CBC, Martin was heard in the late 1990’s and early 2000’s across the country portraying Marty Beaumont, the swingin’ host of Radio Shangri-La, a tribute to the cocktail lounge music scene of the 1950’s and 60’s. Martin has also recently been providing his voice over talents for a number of clients. He can currently be heard as the narrator on the reality TV show “Jade Fever” on The Discovery Channel.

Roundhouse Radio 98/3 is a commercial station with a community focus, serving the needs of the people who live, work and play in the City of Vancouver. The Roundhouse difference is to provide a spotlight on an active citizenry: public debate, storytelling, live music, local arts and culture, community events, news and features focused on the City’s neighbourhoods. Roundhouse is set to go live in the Fall of 2015.