radio comedienne Mary Livingstone, the wife of Jack Benny, was born Sadye Marks in Seattle.  She was raised in Vancouver BC.  They married in 1927, and she joined him in some of his vaudeville routines, though she suffered attacks of stage fright.  The affliction continued when they moved into radio beginning in 1932.  In the mid 1950’s, at the height of his popularity she retired from show business, but lived another thirty years.  She died from cardiovascular disease June 30 1983 at age 74.

In 1910, radio commentator & writer Edward P. Morgan was born in Walla Walla Wash.  After two decades in print journalism, from 1955-67 Morgan broadcast an evening radio program of news and commentary, “Edward P. Morgan and the News,” on ABC, that in 1956 won him the George Foster Peabody Award, broadcasting’s most venerable honor. Later he would become one of the rotating anchors on TV’s ABC Evening News.  He died Jan 27, 1993 at age 82. 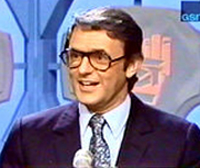 In 1925, TV host/actor Larry Blyden was born Ivan Lawrence Blieden in Houston Tex.  He starred in TV comedy (Joe & Mabel, Harry’s Girls) before becoming an accomplished game show host {What’s My Line, the syndicated version.)  He died in a motorcyle accident while travelling in Morocco June 6, 1975 at age 49.

In 1927, Chilliwack’s (BC) first radio station CHWK signed on at 1210 KHz with 5 watts. It only broadcast an hour or two a day, as the owners of Menzies Hardware (and the station) used it as a tool to sell radios.  One U.S. publication called CHWK “the smallest commercial radio station in North America”.

In 1929, country singer June Carter Cash was born in Scott County Virginia. She was a singer, songwriter, actress and comedian and was a member of the Carter Family, and the second wife of singer Johnny Cash. She played the guitar, banjo, and autoharp. With her thin and lanky frame, she often played a comedic foil during the Carter Family’s performances alongside other Grand Ole Opry stars Faron Young and Webb Pierce.  She wrote one of her husband’s major hits, Ring of Fire.  She died after heart valve replacement surgery May 15, 2003 at age 73.

In 1933, the “Pepper Pot” radio program in Chicago welcomed a new host. Don McNeill took over and renamed it The Breakfast Club. The hour-long weekday show, a huge success for the NBC Blue network and its successor, ABC Radio, became one of the longest-running radio programs in history. It aired with McNeill as host until December 27, 1968…a 35 year run.  The Breakfast Club was a morning show that had its share of corny jokes, visiting celebrities and lots of audience participation.

In 1936, the Canadian Radio Act was passed, laying the groundwork for the CBC and more stable program funding than the current Canadian Radio Broadcasting Commission, through an annual license fee of $2.50 per radio set.   The CBC was also made the governing body of the airwaves.

In 1941, Front Page Farrell was heard for the first time on Mutual radio. In 1942, the program moved to NBC and stayed on the air until 1954. Sally and David Farrell were the central characters. A young actor, who would become a major motion picture star, played the role of David Farrell. He was Richard Widmark.

Also in 1941, sultry songstress Lena Horne recorded St. Louis Blues for Victor Records] and launched an illustrious singing career in the process. She was 23 years old at the time. Horne continued performing well into her 60s.

In 1944, Chester Morris starred in a summer-replacement for Amos & Andy, the crime drama Boston Blackie on NBC.  After 13 weeks it disappeared from the networks, but would have a 5-year syndicated run starring Richard Kollmar.

In 1947, Wendy Warren and the News debuted on CBS radio. The broadcasts continued until 1958. No, the program was not a newscast, in the traditional sense. It was a serial — one of many of the time. The unique thing about this particular show, however, was that Wendy Warren and the News did utilize a real three-minute newscast to open the show. The newscaster, delivering the news as part of the show, chose not to stay in the entertainment side of radio, but continued to be a true journalist and a legend at CBS. That newsman was Douglas Edwards, who within a year became the network’s first TV anchorman. In 1959, in Hollywood Eddie Cochran recorded his last single “Somethin’ Else.”

Also in 1960, a month before his 19th birthday, Ottawa’s Paul Anka opened at New York’s Copacabana nightclub, the youngest act ever to do so at the time.

In 1962, Ray Charles started a 14-week run at No.1 on the Billboard album chart with ‘Modern Sounds In Country And Western Music’.

In 1965, the Supremes recorded “Love Is Like an Itching in My Heart.” When Motown released it ten months later the song peaked at No. 9 on the Billboard Hot 100. 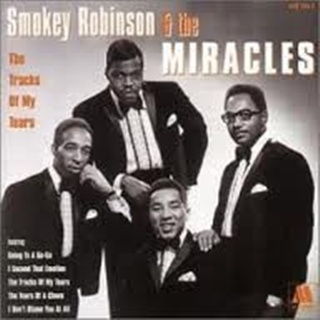 Also in 1965, Smokey Robinson & The Miracles released their fourth million-selling hit “Tracks Of My Tears”.

In 1967, The Beatles worked on the rhythm track of “All You Need Is Love” for a worldwide TV broadcast and live recording two days later.

Still in 1967, Arthur Conley‘s “Sweet Soul Music,” which he co-wrote with Otis Redding, was certified to be a Gold Record.

In 1968, Elvis Presley was in the Western Recorders studios in Los Angeles to record a song inspired by Martin Luther King “If I Can Dream,” and the flip side “Memories.”

In 1970, rocker Chubby Checker was arrested after police on the US side of Niagara Falls discovered marijuana and unidentified drug capsules in his car.

Also in 1970, “The Red Skelton Show” aired for the last time on CBS-TV, and moved back to NBC-TV in a half-hour format for one final season.

Still in 1972, in Washington DC, Smokey Robinson & The Miracles performed together for the last time. They have since reunited for two performances.

Also in 1973, Three Dog Night performed “Joy to the World,” “Black and White” and “Shambala” on “American Bandstand.”

Still in 1973, George Harrison started a five-week run at No.1 on the Billboard album chart with ‘Living In The Material World’, his second No.1 in North America.

Again in 1973, in Hollywood, B.W. Stevenson recorded “My Maria,” the future Top 10 pop hit he’d co-written with Daniel Moore.  Although Stevenson’s real first name was Louis, he preferred to be known as B.W., which stood for Buck Wheat.

In 1974, Orillia-born singer Gordon Lightfoot‘s Sundown was the Number 1 Billboard hit for the second week in a row.

In 1975, shock rocker Alice Cooper fell head first from the stage of Vancouver’s Pacific Coliseum, breaking 6 ribs. He was treated in the dressing room, returned to the stage wrapped in bandages, but was able to perform only several numbers before ending the shortened show to the cheers of the 17,000 strong crowd. He was then driven to hospital, where he received 15 stitches to his head.

In 1976, Paul McCartney wrapped up the Wings Over America tour at the Forum in Los Angeles, marking the last time the ex-Beatle would tour until 1989.

In 1977, Who drummer Keith Moon joined Led Zeppelin onstage in Los Angeles, and played in a lively versions of “Rock And Roll” and a drum duet on “Moby Dick.”

In 1979, the Charlie Daniels Band released “The Devil Went Down to Georgia.”

In 1980, “The David Letterman Show” made its debut on NBC-TV daytime. It lasted four months before it was agreed the format would play better in late night.

In 1982, Mary Hart began her 29 year run on the syndicated TV show “Entertainment Tonight.” She remained with the program until May 20, 2011.

In 1984, Duran Duran started a two week run at No.1 on the Billboard singles chart with ‘The Reflex’, the group’s first No.1 in the US.

In 1987, Madonna was featured on the cover of Cosmopolitan magazine.

In 1989, New Kids on the Block were nearly thrown out of a hotel in Anaheim, California. They were caught throwing balloons filled with Kool-Aid at guests.

In 1990, TV Guide selected Arsenio Hall as the magazine’s first ‘TV Personality of the Year.’ 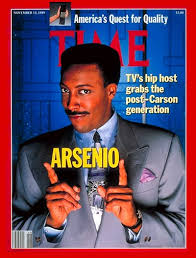 Also in 1990, actor Gary Busey, who played the lead role in 1978’s “The Buddy Holly Story,” acquired one of Buddy’s guitars, complete with leather case hand tooled by Holly, for some $242,000 at an auction.

In 1992, the 19th Daytime Emmy Awards were presented, and Susan Lucci lost for the 13th time.

In 1995, Rod Stewart headlined the Rock Over Germany festival, along with Joe Cockerand Elton John.

In 1996, actor Robert Downey Jr. was arrested on drug charges after police in Malibu Calif. found crack cocaine, heroin and a .357 Magnum revolver in his truck during a traffic stop.

In 1998, film actress Maureen O’Sullivan, who was NBC-TV’s ‘Today Girl’ for a time in the 1960s, and who guest-starred 13 times on TV’s Lux Video Theatre, died of complications from heart surgery at age 87. In 2000, rapper “Ol’ Dirty Bastard” (Russel Tyrone Jones) was ordered into a 180-day drug treatment program. A Los Angeles Superior Court judge decided that treatment was a better option for Jones than imprisonment for probation violations.

Also in 2002, Nelly started a seven week run at No.1 on the Billboard singles chart with ‘Hot In Here.’

In 2003, at a concert in London, Eminem gave a $450,000 necklace to a fan in the front row. He had announced while from the stage that “I’m going to give this to the sexiest woman I see.”

Also in 2003, Diana Ross pled not guilty to drunk driving charges in Tucson while claiming that the arresting officer coerced her into performing the breathalyser test. Her lawyer was seeking to have the test results thrown out.

In 2004, Bob Dylan was at St. Andrews University in Scotland to receive an honorary doctorate in Music.

In 2005, veteran journalist/author Shana Alexander, best known for her “Point-Counterpoint” debate segments with conservative James J. Kilpatrick on CBS-TV’s “60 Minutes” from 1971 to 1975, succumbed to cancer at age 79. 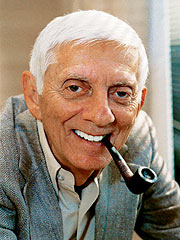 Also in 2006, the talented Phil Hendrie did the last of his very unique talk radio shows, in which he played both host and guests.  After trying to pursue a full-time acting career, he has since returned to syndicated radio.

In 2009, longtime Johnny Carson announcer/sidekick Ed McMahon died of bone cancer at age 86. As well as his 30-year Tonight show assignment he also hosted the original version of the talent show Star Search from 1983 to 1995. He co-hosted TV’s Bloopers and Practical Jokes with Dick Clark from 1982 to 1986, and emceed the game shows Missing Links, Snap Judgment, Concentration, and Whodunnit!. McMahon annually co-hosted the Jerry Lewis Labor Day Telethon.

Also in 2009, Chris Brown pleaded guilty to one count of assault on his former girlfriend, Rihanna, during a row in February.  The 19 year-old R&B singer was sentenced to five years probation and ordered to do six months community service.

Also in 2010, bass guitarist Peter Quaife, one of the original Kinks, died of kidney failure at age 66.

In 2011, actor Peter Falk, forever memorable as the rumpled-raincoat-clad TV detective “Columbo” of the 1970’s, died at age 83.  The cause: cardiorespiratory arrest, with Alzheimer’s and pneumonia as the underlying causes.

In 2012, the 71-year-old Sudbury (Ont.)-born host of syndicated TV’s ‘Jeopardy’ since 1984, Alex Trebek was hospitalized after what was described as a ‘mild’ heart attack.  He recovered in time to start taping the new season of the game show the following month.

In 2013, blues singer Bobby ‘Blue’ Bland died at age 83. The Rock and Roll Hall of Fame described him as “second in stature only to B.B. King as a product of Memphis‘s Beale Street blues scene.”

Singer Diana Trask (Sing Along with Mitch) is 75.

Actor Bryan Brown (Thorn Birds, A Town Like Alice) is 68.

Actor Trent Bushey (All My Children) is 50.

Actress Teri Ivens )All My Children, The Bay) is 48.

Actor Zen Gesner (All My Children, Adventures of Sinbad) is 45.

Actress Marielle Jaffe (Secret Life of the American Teenager) is 26.

2000
Oops, I Did It Again – Britney Spears
I Turn To You – Christina Aguilera
Try Again – Aaliyah
Yes! – Chad Brock