Less (Spots) is More In Seattle 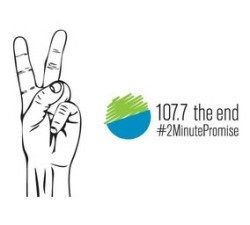 “Half the commercials of all the other Seattle stations!” declares a brief promo for “107.7 The End” KNDD—which succinctly explains what’s been going on at the alternative rocker. One year after the Entercom station implemented its “two-minute guarantee” that no commercial interruption would last more than 120 seconds, the promise is paying off in the ratings.

The bold spotload reduction eliminated half the station’s commercial inventory. “We are strict about it,” says Jack Hutchison, Entercom-VP/Seattle market manager. “Three two-minute breaks per hour.”

What keeps it working? Under the current business model, advertisers who buy in pay 100% more than before the change, according to Hutchison. “It’s not the cup of tea for everyone,” he says, citing the increased CPM, and the roadblock those rates can represent for an advertiser simply looking for a quick short-term promo sales boost.

But those that do open their wallets are after millennials, and KNDD is positioning itself as the place to reach them. Hutchison says the station goes to some lengths to make it seem like “kind of a lifestyle choice” for the demo, by inviting listeners into a separate website, MillennialLab.com, and an offshoot influencer spinoff called the Think Force.

“We have a ton of upside on overall revenue,” Hutchison adds. “We can see and feel the progress. More and more advertisers are supporting what we are doing.”

Meanwhile, the station is proud to boast of its reduced load with a “half the commercials” bar graph at 1077theend.com, showing how many ads it claims area competitors are pushing out. Another current on-air promo for The End proclaims, “Last week, [96.5] Jack [FM] played 1,572 more commercials than The End. Sad face, Jack.”